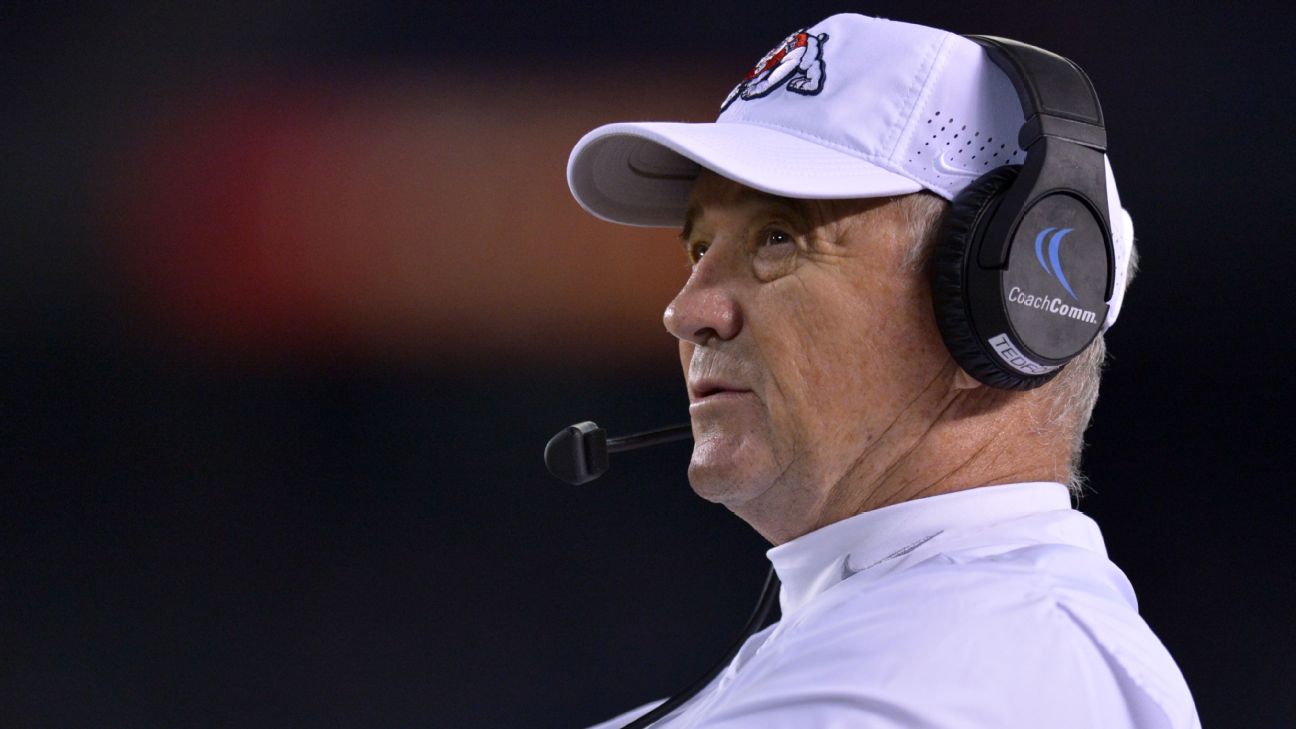 Fresno Statehas reached an agreement to hire Jeff Tedford as its next football coach, the school announced Wednesday.

"I am incredibly excited to welcome Jeff Tedford back as the head coach of Fresno State Football," athletic director Terry Tumey said in a statement. "Jeff is a true Bulldog alumnus, an incredible coach and leader, and has continued to be a vital member of our Valley community. The Pride and Tradition of Bulldog Football is alive and well."

Fresno State was looking to replace Kalen DeBoer, who recently left to become Washington's head coach. DeBoer served as Fresno State's offensive coordinator under Tedford in 2017 and 2018, and replaced him as head coach following the 2019 season.