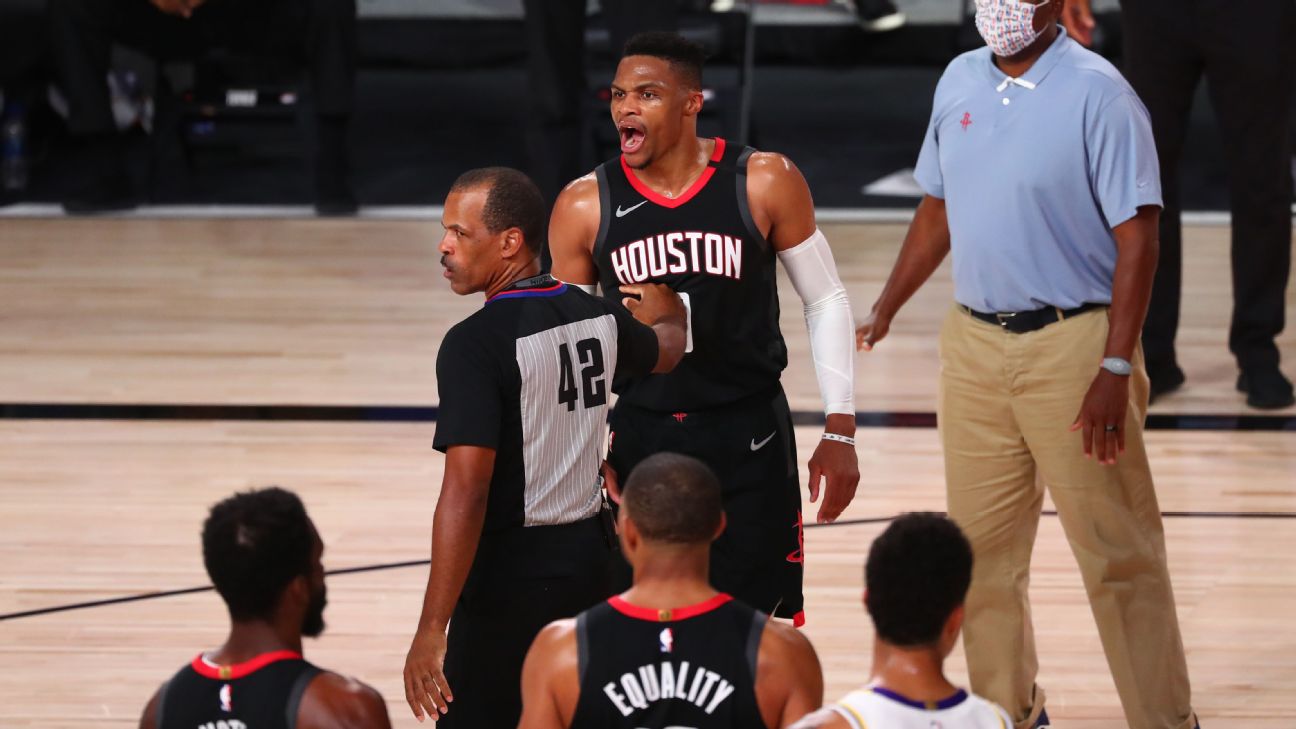 After the Lakers eliminated the Rockets from the NBA postseason in a 119-96 win in Lake Buena Vista, Florida, Rajon Rondo told reporters his brother called Westbrook "trash" in the fourth quarter and waved goodbye when the Rockets star turned and asked what he said.


William Rondo, who was seated in the Lakers' family section, was escorted out of the arena by security as Westbrook looked on.

"People at the game, you're supposed to shut your mouth and watch the game. That's the rules, especially when you have families and people here," Westbrook said. "Apparently, I guess because [Rajon] Rondo was talking s---, [William] decided he wanted to hop in, too.

"But it's OK. I mean, it's all good, I get it. He wanted to take up for his brother. ... But those rules stand for everybody, though, no matter who it is -- family, whatever."

Rajon Rondo said he's hopeful his brother won't face discipline from the league, adding that his brother didn't use profanity and that being in a quieter arena made it easier to hear him.

The NBA has warned guests not to be verbally aggressive at the games or to enter the floor.


William Rondo has been in the Florida bubble since its early stages; he is in charge of the barbers, manicurists and hair braiders working in the bubble through his company.

Saturday's incident wasn't the first time Westbrook has had a run-in with fans.

During a March 2019 game in Utah, Westbrook, then with the Oklahoma City Thunder, had a heated exchange with a courtside fan, who was permanently banned by the Jazz as a result of the altercation. Westbrook was fined $25,000 by the league.

During an April 2018 playoff game, again in Utah, Westbrook slapped at a Jazz fan's cellphone as he walked to the tunnel immediately after the game ended. That same night, Westbrook turned and snapped at a fan who said something to him as he exited the floor at halftime.

In an October 2016 game in Philadelphia, a 76ers fan was escorted out of Wells Fargo Center after flashing his middle fingers at Westbrook following an and-1. 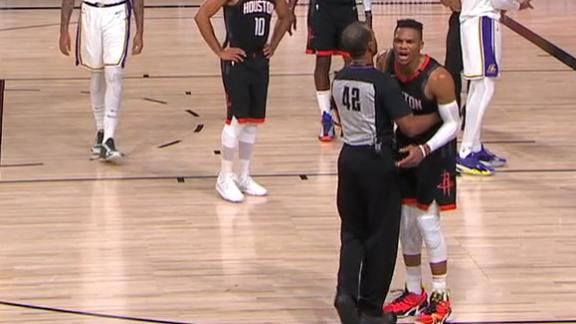