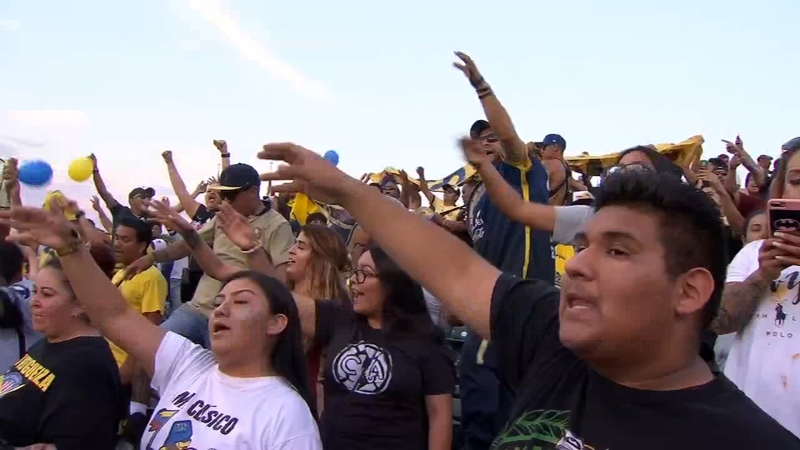 For the 13th time in the last six years, Fresno got a front row seat to world-famous soccer action.

Despite the scoreless matchup fans did not leave disappointed. Liga MX fans gladly cheered on the teams in triple-digit heat.

Fresno FC PR manager Angel Moreno says, "Their fans follow them everywhere. We have one group to my left, another massive group behind home plate and it is nice to get this atmosphere going that you can hear from a good 4 or 5 blocks away."

The teams have brought record-setting attendance to the Chuk in years past.

Moreno says, "We want to celebrate the culture celebrate the sport, but we also want to bring these fans a piece of their home in Fresno.

Even the home team, the Fresno Foxes, got a chance to enjoy a match from the stands. Player Zach Ellis-Hayden says, "we have a nice stadium so just seeing soccer, in general, is a good time. Always happy to support whoever is playing in the stadium."