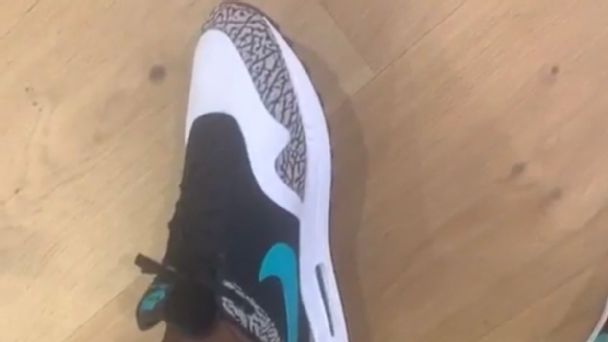 In the spirit of social media-focused holidays throughout the course of the year, Nike's "Air Max Day" on Thursday saw a host of its highest-profile endorsers and sneakerheads sharing their pairs across Instagram and Twitter, honoring the original March 26, 1987, release date of the company's first Air Max sneaker.

Originally designed in the mid-1980s by Nike campus architect Tinker Hatfield, the premise of exposing the company's decade-old Air cushioning technology became a turning point for the Swoosh.

Hatfield was inspired during a trip to Paris, where he encountered the controversial Centre Georges Pompidou, a massive museum highlighted by its inside-out design, fully exposing its structure in varying colors.

"To see this large, almost machinelike building, sort of spilling its guts out into the world, you could just see everything," Hatfield said.

Once back in Beaverton, Oregon, Hatfield sketched up the Air Max 1 sneaker, boasting a visible heel window to highlight the brand's Nike Air system for the very first time.

Slated for release in 1987, the running shoe would go on to help turn the tide for Nike, which had posted less than $10 million in profits amid a slowing stretch just before Hatfield penned the Air Max 1.

"The Air Max, Air Revolution, Air Safari and Air Sock were done under that same time, and oh by the way, the third Air Jordan, too," he said years ago, with a laugh.

By 1989, company profits topped $167 million, with the turn of the decade and launch of Nike's "Just Do It" campaign taking the brand to another stratosphere during the 1990s. The Air Max franchise became an annual launch of new editions ever since, with the series now dwarfing that 1989 company profit figure all on its own.

"That entire Air pack of shoes, including the Air Max, was probably pretty pivotal in changing around Nike's direction," Hatfield said.

To celebrate the iconic series Thursday, Nike athletes took to Instagram to show off their favorite pairs.

With an "Atmos" edition of the Air Max 1 on his feet, LeBron James hosted an Instagram Live session for his 62 million followers on his @KingJames account, guiding fans through a handful of Air Max 1, 90, 95 and 97s in his sneaker closet. At one point, the tour included the 6-foot-9 small forward stepping onto a ladder to reach up for even more pairs.

"Air Max 90s is one of my favorites, too -- just how comfortable they are," James said. "They feel like slippers when you put them on."

Holding down his own Instagram Live tour for the official @NBA account's 47 million followers, the league's leading sneakerhead, P. J. Tucker, gave a glimpse into his "sneaker condo," where he houses over a thousand pairs in floor-to-ceiling, stacked clear boxes. His Air Max section alone spans a few hundred pairs.

"The Air Max 1 is my favorite. I got my Air Max 1s for days," Tucker said. "Hands down the shoe that I wear the most."

While much of the appeal around the series is based on nostalgia, versatility and the endless limited editions and exclusives colorways, the series has continued to grow over the years, more recently adding the VaporMax and Air Max 720 to the franchise.

Over the past three seasons, Houston Rockets forward Thabo Sefolosha has gained somewhat of a cult following for exclusively wearing the Air Max 90 in games. The conspicuous choice raises eyebrows among both teammates and opponents, but the 14-year veteran has stuck with his rotation of a dozen colorways nevertheless. Last year, as a show of appreciation, Nike surprised him with two custom editions of the model.

"People ask me all the time, 'How do I play in them?' I just lace them up and run," Sefolosha once told ESPN's Eric Woodyard. "I just play in what's comfortable, to be honest. That was the main thing for me, just being comfortable."

Now more than three decades since its launch, the impact of a French museum's inspiration long since has been felt on the feet of millions around the world, with the Air Max series serving as Nike's hallmark technology and cushioning system even all these years later.

"[The Pompidou] painted everything in bright colors, because they wanted those things to be visible from a distance, be striking, and maybe shake people up a little more," Hatfield said. "I think that's what happened with the Air Max, too -- I really wanted to just push it as far as I could possibly push it, without being fired."

Of course, with NBA athletes sidelined indefinitely due to the coronavirus pandemic, each athlete made a point to acknowledge the challenging time and express hope that a lighthearted sneaker tour and sharing his favorite pairs could bring some levity.

"I hope y'all are enjoying Air Max Day as much as I am," James signed off. "Stay safe, and enjoy your loved ones." 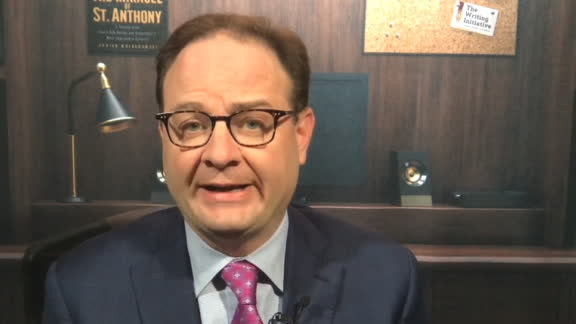 NBA, NBPA both want to save season
Adrian Wojnarowski says that the NBA and the players' association are exploring every option in order to salvage the season when the pandemic is contained.
Report a correction or typo
Related topics:
sportsespnculturenbalos angeles lakerslebron james
Copyright © 2020 ESPN Internet Ventures. All rights reserved.
More Videos
From CNN Newsource affiliates
TOP STORIES