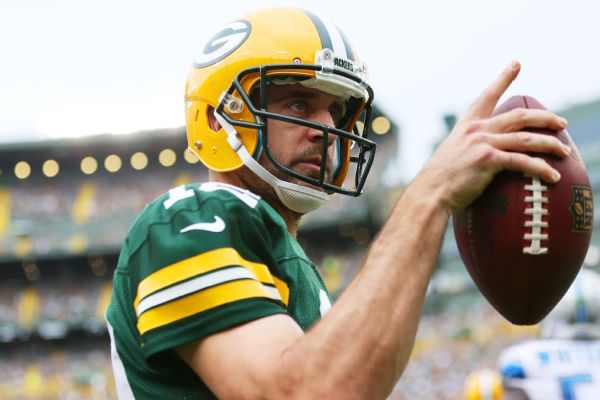 If the Green Bay Packers run the table, as quarterback Aaron Rodgers suggested was possible after their 4-6 start, everyone will get the chance to see it.

The Packers' regular-season finale against the Detroit Lionson Jan. 1 has been moved into the prime-time slot. It will be on NBC at 8:30 p.m. ET.

The winner will take home the NFC North title and the home playoff game that comes with it.

For the Lions, it would be their first division title since 1993, when they were in the old NFC Central, and their first NFC North crown. It would also be their second playoff berth in three years.

Detroit's game on Monday against the Dallas Cowboys has no bearing on the NFC North title, although the Lions could clinch a playoff spot with a win.

The Packers (9-6) won the season's first meeting against the Lions on Sept. 25 at Lambeau Field and also won last year's game at Ford Field on Rodgers' Hail Mary touchdown.

"Well, it's going to be fun," Rodgers said after Saturday's win over the Vikings. "It's going to be a loud environment obviously over there in Detroit, we've won a lot of big games over there, butMatt [Stafford]'shad a fantastic year, their defense's definitely improved. We haven't played them since I think Week 3, so it'll be a lot of film to catch up on and see how they're playing, but a lot of very good players on their defense, and offensively Matt's done a great job of spreading it around to their playmakers. So it's going to be a fun one."

The Packers and Lions both could make the playoffs, but the outcome of the game between the New York Giants and Washington Redskinsearlier on Jan. 1 will help determine that.

That game has been moved into the 4:25 p.m. time slot along with the New Orleans Saints vs.Atlanta Falcons. The New England Patriots-at-Miami Dolphinsgame also will be played at 1 p.m. as both the Pittsburgh Steelers and Kansas City Chiefs won on Christmas Day.

Rodgers, Nelson set team TD record in win over Vikings
Aaron Rodgers and Jordy Nelson hook up for their 58th and 59th touchdowns, the most by a duo in Packers' history, in a 38-25 win over the Vikings.