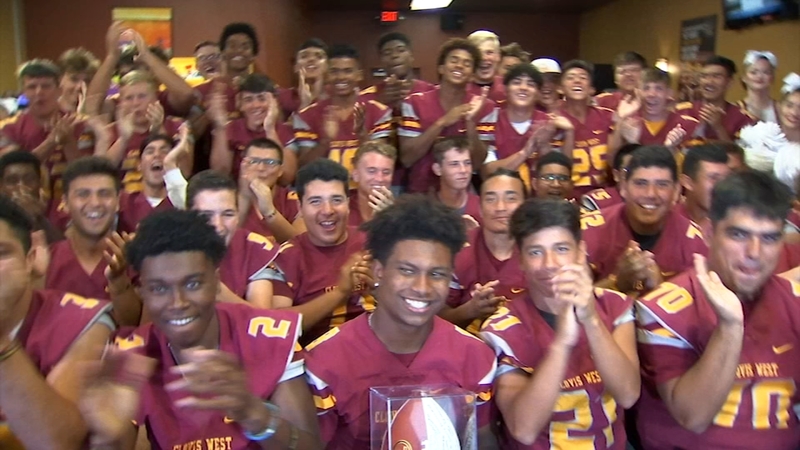 "The thing about the kids is they know who they are, what they wanna be and they're willing to work as hard as it takes to get there," said first-year Clovis West head coach Tim Randall.

Randall has led his new squad to two wins in two tries to start the season, already matching last year's win total for the Golden Eagles.

"None of these kids have ever been 2-0 so that's a new experience but they know what they want and they're willing to do what it takes we understand that it's a commitment and it's going to be week by week and day by day," he said.

That week by week mentality started with a surprising upset win over Central Catholic Modesto in week one.

"That was always the mindset this summer coming into weight lifting workouts and the hot sun was just beat Central Catholic," said senior Mateo Morales.

In week two, the Golden Eagles proved it wasn't a fluke, dominating Edison from the start en route to a 25-7 win.

In an area loaded with talented teams like Buchanan and Clovis High, starting the year off 2-0 just a year after winning two games all season is big for the players and the community around them.

"Big team aspect, last year we weren't really a team, this year I feel comfortable with any of these guys and it feels great to be out there with them," Morales said. "I'd say we're fast, physical, we're going to win together and lose together."