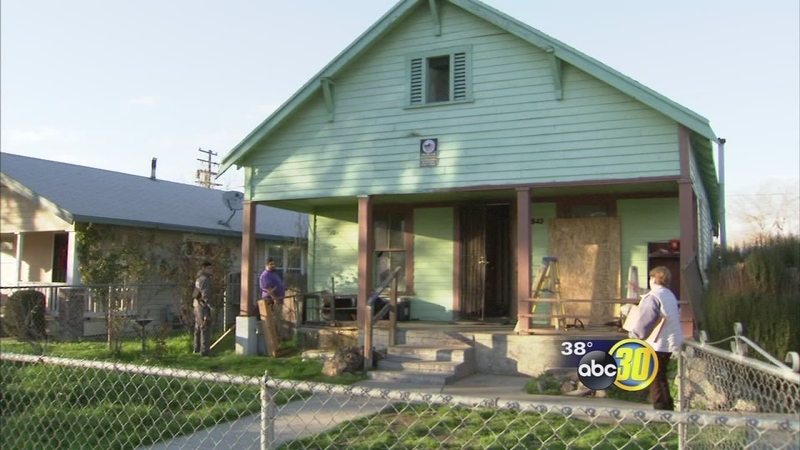 FRESNO, Calif. (KFSN) -- A standoff with squatters at a home in central Fresno ended with heartbreak. Every room in the house was trashed and filled with garbage and human waste.

The smell in the home alone was unbearable. It's hard to believe anyone would choose to live like this. It's so bad, the owner has decided to board it up and let it go.

Shirley Alexander's memories of her childhood home are tainted and buried in garbage. "I literally gasped, it was so startling to me and I started crying."

The rooms are stacked with trash, there's bottles of urine on the floor. "My mom would roll over in her grave. This would hurt her so bad," said Alexander.

Syringes, crack pipes, and electronics are scattered around the house with numbers painted on the doors. "They admitted they were renting the rooms out by the hour," said Alexander.

In the backyard, remnants of a suspected bicycle chop shop and a basement full of generators. Alexander said 15 people were living in the home without power and water, despite her efforts to evict them. She even hired a security guard, but the squatters refused to leave until Fresno police showed up Tuesday morning. "They're on the street, they're looking right now for another place to do the same thing they did here."

It isn't the home Alexander remembers-- the one her mom raised 7 kids in and left to her before she died. "This is my mother's home, I never wanted to let it go but now-- I am."

Alexander invested thousands of dollars into this home, she had plans to fix it up and rent it out but instead, she is going to sell.