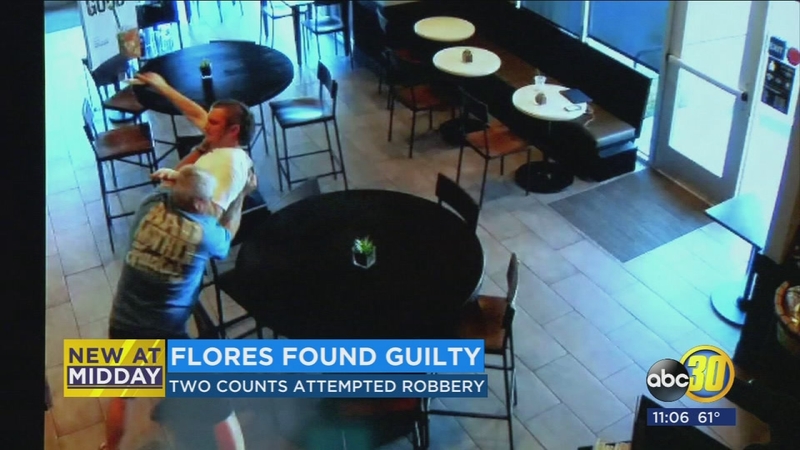 FRESNO, Calif. (KFSN) -- After several hours of deliberation, a jury has found Ryan Flores guilty on two charges after he attempted to rob a Starbucks in Fresno with a fake gun and a knife before being injured by a Good Samaritan.

The GBI saves Flores a few years in prison. Maximum now is 5 years, 8 months. Sentencing next month. But the conviction on assault "complicates" his potential lawsuit against the Good Samaritan, defense attorney Richard Esquivel says. https://t.co/CkAGsggxoH

Ryan Flores was charged with attempted robbery with a knife and assault with a deadly weapon against the man who stopped his robbery. Flores walked into a Starbucks in July wearing a Transformers mask with a built-in voice changer. He pointed a replica gun, then a knife at the cashier and told her to give him all of his money.

That's when Cregg Jerri stepped in and crashed a chair over Flores' back.

In the end, both Flores and Jerri were injured.

Flores has threatened to sue Jerri for his injuries.