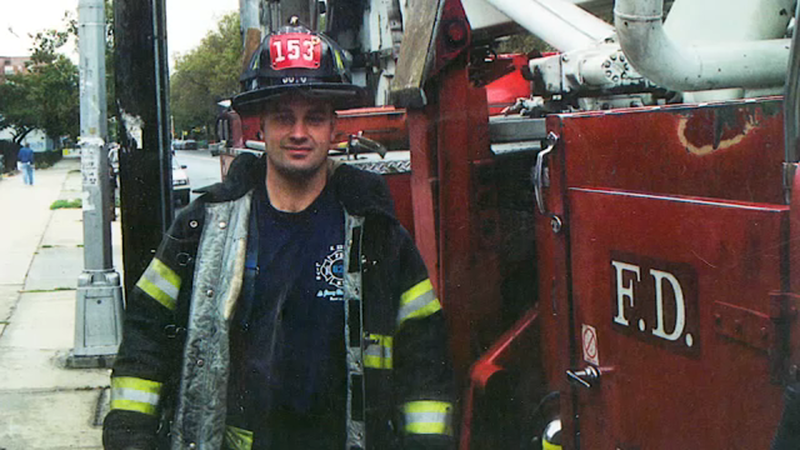 NEW YORK -- One of the most inspiring stories of 9/11 involves a firefighter whose shift at a firehouse had just ended when he heard about the attack.

Stephen Siller had just left his firehouse, Squad 1 in Brooklyn, to play golf with his brothers.

"He heard on the radio scanner that the towers were hit, so what do firefighters do, they go right at the danger," his brother Frank Siller told our sister station WABC in New York.
Siller strapped on 60 pounds of fire gear and ran almost two miles through the Brooklyn Battery Tunnel to the burning towers.

"To help and to save, he went up West Street and we believe in the south tower," Siller said.

Stephen, a father of five, never made it home. He was one of the 343 FDNY members who died.

"Just like he came out of the tunnel to help, we want to come out as a family we decided we didn't want to stay in that dark place, we wanted to do good in his memory and the memory of all those who perished that day," Siller said.

The foundation is led by his brother Frank, who is marking the 20th anniversary of 9/11 with a Never Forget Walk and trekking 537 miles from D.C. to Ground Zero.

The foundation host events including an international 5K in more than 70 cities. In New York, participants follow the same footsteps of Stephen Siller through the tunnel.

"I think about that day almost every day," Siller said.

And on the first Sunday morning in September, during a stop in Morristown, New Jersey, Frank clutched the hands of his grandchildren.

He leads them down a path of service 20 years after his brother sacrificed his life leading countless strangers to safety.