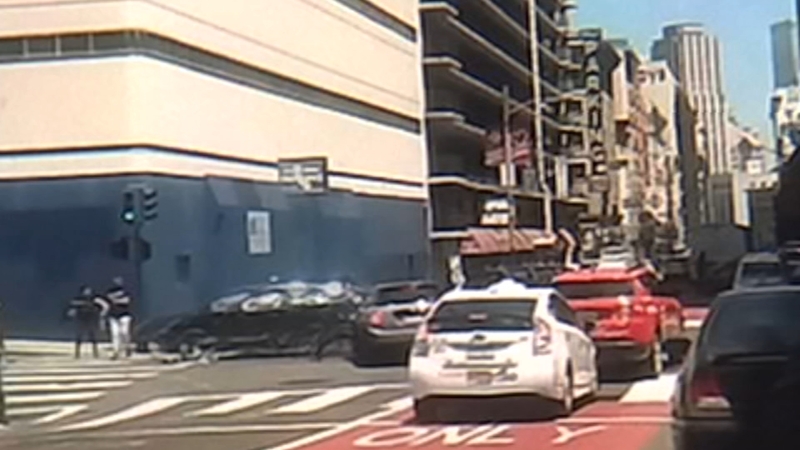 Benjamin Dean and his wife, Kelly, were celebrating their anniversary in the city when they were hit.

Uber Dashcam footage shows a Tesla blow through the red light as the rest of the cars are moving slowly.

When you look closer, you can see the Tesla hit a mini cooper.

Kelly can be seen putting her arm up across Benjamin but at that point, it was too late.

"It just kept playing in my head, like how does this happen to good people?" said Benjamin's former coworker Glenda Jackson.

Friends, like Jackson, say they're are still reeling from the devastating loss.

She says Ben was her coworker when she worked at the Fresno County of Social Services and his smile is one she won't forget.

"He was well-liked. He would always ask Glenda how are you doing? Sometimes he'd go into my office to see how I was doing." said Jackson.

While most rental car businesses require the driver to be 25 and older, the car-sharing app allows drivers 19 and older, like Cambridge, to rent a car.

According to the company's website; however, it states drivers wanting to get behind the wheel of a Tesla, or any other specialty car must be 25 years old.

"We do not know if it was in autonomous, or what mode she was in control of," said SF Police Sgt. Frank Harrel.

"At 21, you don't know anything. You haven't driven long enough to handle the power. I think the company app; they should also be persecuted," said Sgt. Harrel.