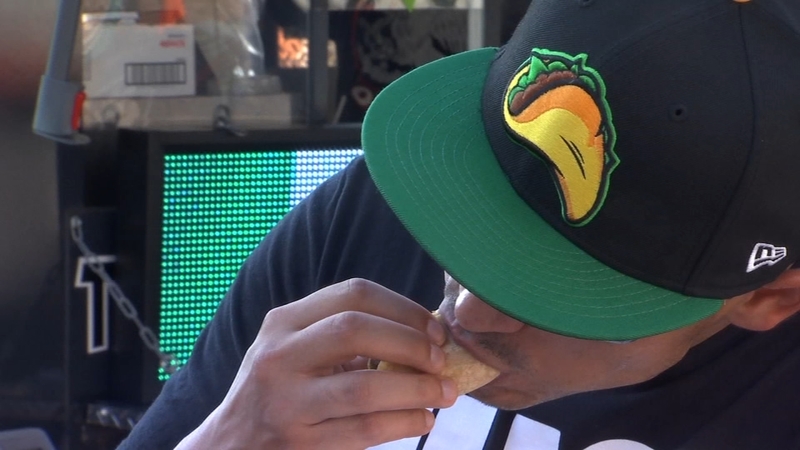 FRESNO, Calif. (KFSN) -- Despite the heat and poor air quality, people were moving and grooving at Chukchansi Park with fresh tacos in hand.

Janece Jackson and her friend Ashley McGibbon were first in line to get in.

"There are some things you have to mark off your bucket list, and this is definitely one of them," said Jackson.

Despite the heat and the smoke, thousands of people packed Chukchansi Park Thursday for the 8th Annual Taco Truck Throwdown.

Nearly 30 taco trucks circled the park, with a wide range of food options to serve, including vegan.

But Kevin Romero told Action News healthy or not; he was there solely for the game.

"I might be a good luck charm because every Taco Truck Throwdown game I've been through, they haven't lost," Romero said. "So crossing my fingers that the streak continues this year."

As temperatures reached triple digits, organizers said they were not worried about the turnout.

"I think this event is established enough that people are willing to put up with a little hotter than normal weather because they love tacos and they love baseball," said Paul Braverman with Fresno Grizzlies.

While the air appeared to be clear during the course of the day, Jaime Holt with the Valley Air District said do not be fooled.

"What we have been seeing is in the foothills or that mountains that smoke that has been packing in, makes its way down to the valley floor in the afternoon."