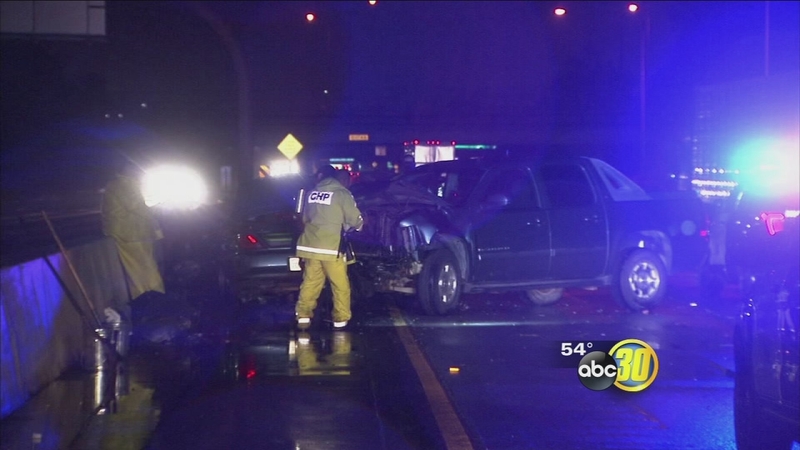 FRESNO, Calif. -- Officers shut down a portion of Highway 99 in Fresno Sunday night after a crash left at least one person dead, the California Highway Patrol said.

Authorities said two lanes of the highway heading northbound will be closed for at least four hours after a crash happened just north of the Highway 41 connector at around 6:45 p.m.

Fatal Collision NB 99 n/o SR41. One lane and two lane shut down for 4 hours. Use alternate route if possible. pic.twitter.com/3d34oZNyJz

The cause of the crash is under investigation, but authorities believe weather played a factor.