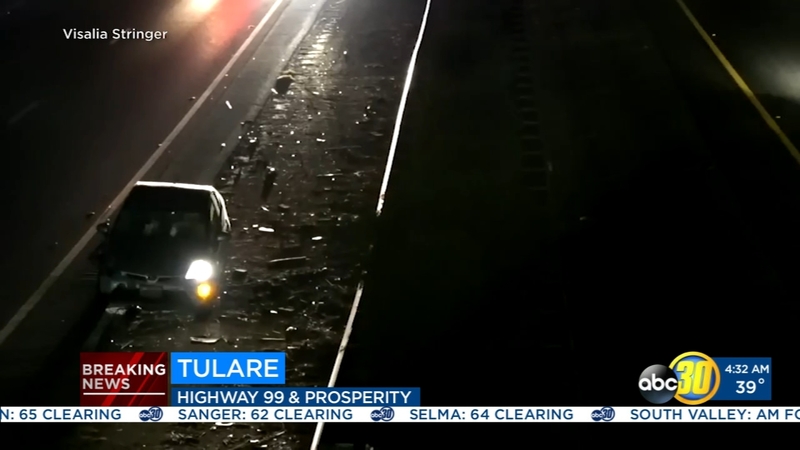 FRESNO, Calif. (KFSN) -- A man has been killed after he was hit by multiple vehicles on Highway 99 in Tulare.

The California Highway Patrol says the man, who is believed to be a transient, was trying to run across the highway at Prosperity.

Two successive drivers on the road ended up hitting him. The man died at the scene.

CHP officers say the two drivers remained at the scene. They were uninjured but shaken by the incident.

Officers say they have not yet identified the victim.

The northbound lanes of the highway were closed down for several hours after the crash but have now been reopened.