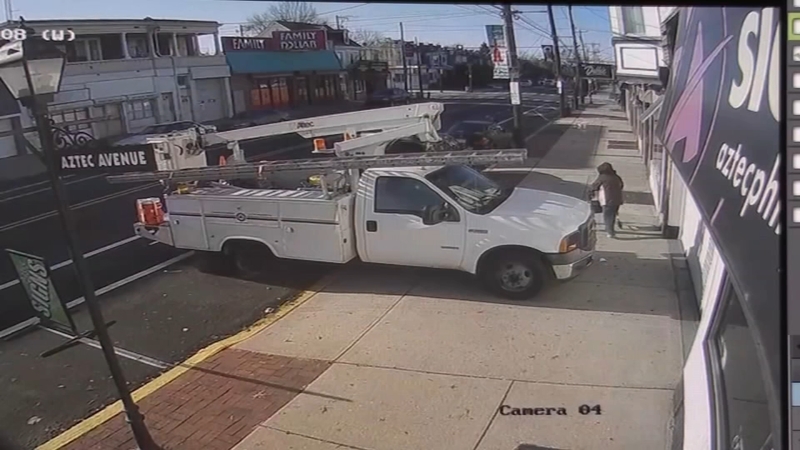 PHILADELPHIA -- A thief took off with a bucket truck filled with Christmas decorations from Aztec Signs & Graphics on Tuesday in the Wissinoming section of Philadelphia.

The driver left the truck running and walked a few steps away when a man, seen on surveillance video, runs over, jumps behind the wheel and locks the doors.

The video shows the driver running to try to stop the thief. Owner John Nolen chased after the truck too and was eventually able to flag down a Philadelphia police officer.

Nolen estimates about $10,000 in tools are inside the truck. That's eighteen years worth of equipment for the company that's been in business since 1989.

The truck was carrying the finishing touches for the Mayfair Christmas display.

"In the truck was the remainder of the Mayfair Christmas tree lighting ceremony, which is on Sunday. We were scheduled to head up there and decorate the tree today and that's going to be on hold for now. Hopefully, they can find a place to get their decorations more quickly so their event can go on this Sunday," Nolen said.