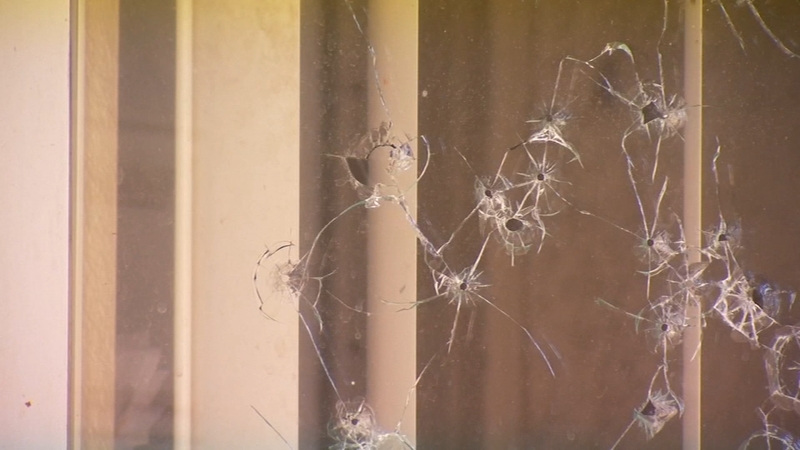 TULARE COUNTY, Calif. (KFSN) -- The Tulare County Sheriff's Office is investigating three shootings that took place within a few days but says they do not appear to be related.

Home surveillance video clearly captures the moment a suspect fired two shots into a group of people in Ivanhoe on Saturday night.

Four teens standing outside of the apartment complex were hit by the gunfire.

All were treated and released at a hospital.

The victims were struck by birdshot pellets from a shotgun.

Some of those pellets even hit an apartment window, creating a spiderweb-like pattern in the glass.

As of Monday, the sheriff's office is still looking for the suspects and asking for the public's help.

They describe the suspect vehicle as a dark-colored SUV.

"Any little piece of information could really help us," Ritchie said.

But detectives are also trying to track down suspects in two other recent shootings.

Last Wednesday, two men were shot at a home in the Tulare County town of London.

The next night, deputies responded to Earlimart, where a shooting took the life of 21-year-old Jonathan Toscano.

That shooting, like the one in Ivanhoe on Saturday, is believed to be gang-related.

But sheriff's officials say the three shootings do not appear to be connected.