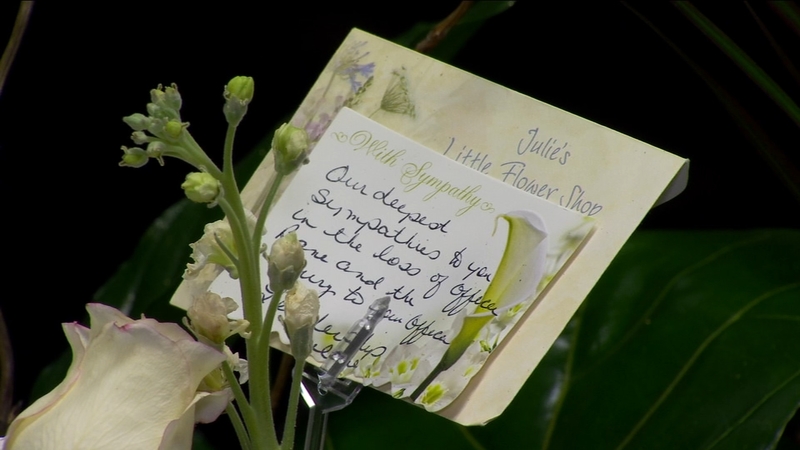 TULARE, Calif. (KFSN) -- Law enforcement in the Valley and beyond are bonded by the badge of a lost K-9.

There's been a massive show of support for the Tulare Police Department after Bane was killed in the line of duty and his handler was injured.

"The response and the outpouring from the community has been tremendous to say the least," said Sgt. Jon Hamlin with the Tulare Police Department.

From Utah to Florida, money and calls have been pouring in to honor Bane. The canine and his handler were trying to pull over a car when they were both shot last Sunday.

Officer Thomas Higgins of Visalia, also a K-9 handler, is one of many who felt compelled to help in the healing.

"It's hard. I know the bond he has with his dog because I have the same bond with my dog. We know going into this job there may be a time you send your partner into a situation that's dangerous."

Higgins and his K-9 graduated from the same training course as Bane two weeks ago.

The Visalia Police Officer's Foundation, Tulare Police Paws for the Cause, and Friends of Visalia Police K-9 started a fundraiser that's raised more than $22,000 so far.

Most of the donations will go to funding a new canine.

"That dog saved his life, I guarantee it. That dog took bullets that were meant for him. He hurts for it, we hurt for him," said Higgins.

Tulare Police say that the injured officer is still in recovery but successfully completed his first surgery this week. His canine, Bane, can never be replaced, but the donations may someday fill the void.

If you would like to donate you can drop by the Tulare Police Department or go to: