DUI driver crashes into power pole in Tulare, causes thousands of dollars of damage to homes

Dozens - perhaps hundreds - of homes in Tulare are suffering the "after-affects" of a major power outage caused by a car crash. And nobody’s sure who is going to pay for the damage

Dozens - perhaps hundreds - of homes in Tulare are suffering the "after-effects" of a major power outage.

It happened Wednesday night when a car hit a power pole.

Power was restored in a few hours but many home circuits and appliances were fried.

Every home in the cul-de-sac and many beyond sustained major damage to their appliances when the power came back on.

And nobody's sure who is going to pay for the damage.

It was after midnight Wednesday when a car driven by a young woman slammed into a power pole toppling the pole and causing a major power outage.

When the power came back on, many homes, including that of Rebecca Arajo, suffered a lot of damage.

"The next morning half the house was fried, nothing would turn on. And you could smell burning wires, burning rubber on different walls. Our security alarm was burning," Aarajo says.

And as she went through the house she discovered a lot of problems.

"We've had to replace breakers... my dishwasher is done, my microwave is done. I have replaced three switches for the light switches because they were fried. It's just been a real hassle, a real headache," she said.

She bought a new microwave and is waiting for parts for the dishwasher - so far more than a thousand dollars in damage.

Dustie Allen of Gordon's Appliance says they have been swamped with repair calls.

Some residents Action News spoke with said most or all of their appliances have been damaged or destroyed along with their air-conditioning units.

The big question is - who is responsible and who is going to pay? And so far, Southern California Edison is not taking any responsibility.

"They are saying it's not an act they contributed to so we don't know if we will ever be reimbursed for anything."

In a statement, Southern California Edison said generally SCE is responsible for losses that occurred due to negligence and not by causes beyond SCE's control.

According to the California Highway Patrol, the accident was caused by a young woman driving without a license who was under the influence of alcohol and did not have insurance. She sustained minor injuries in the crash.

Electricians say most modern appliances with computer circuit boards are especially susceptible to these kinds of power surges.

Some, but not all, homeowners' insurance policies may cover some of the damage. 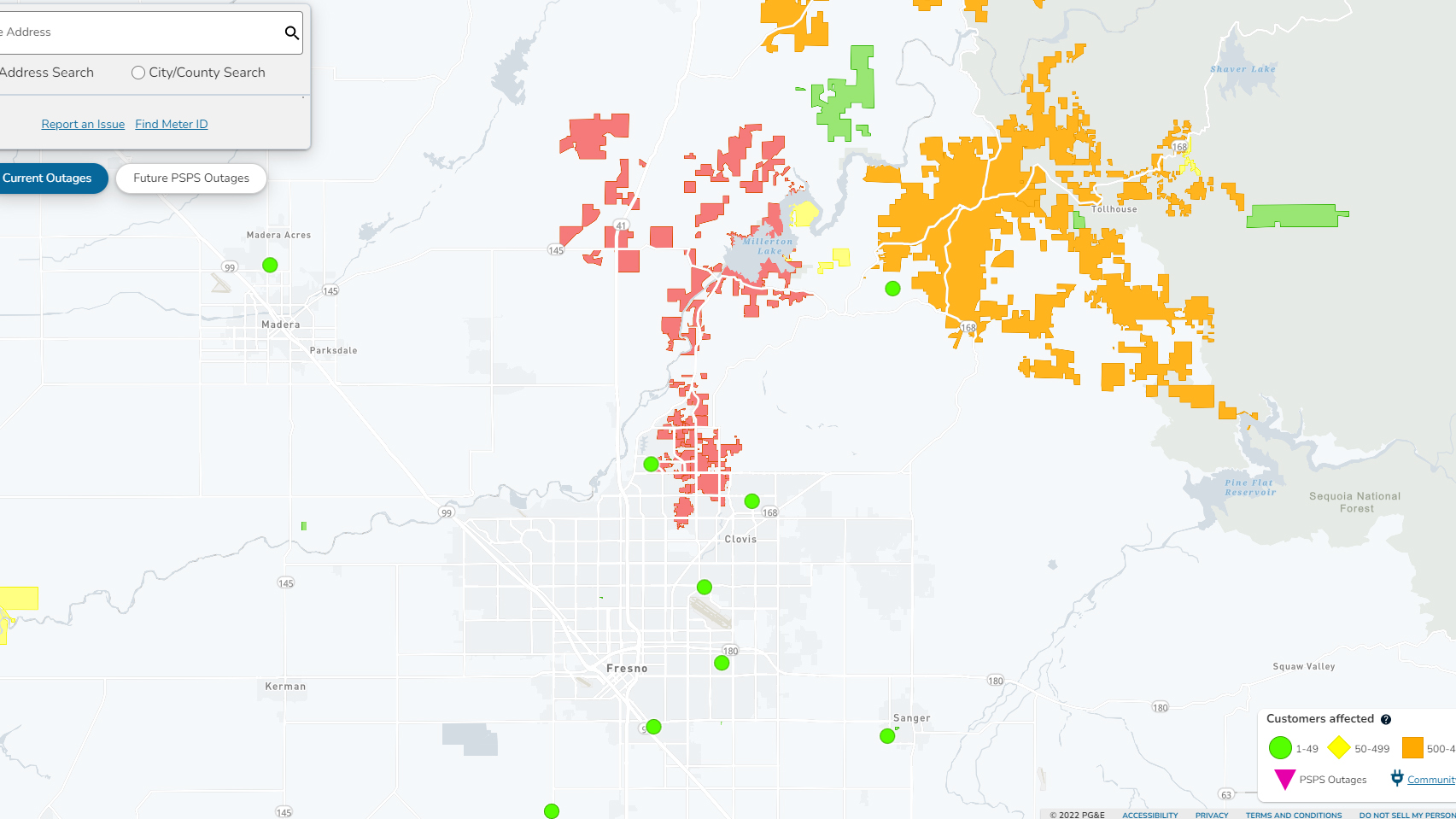 Thousands of Central California residents without power amid storms