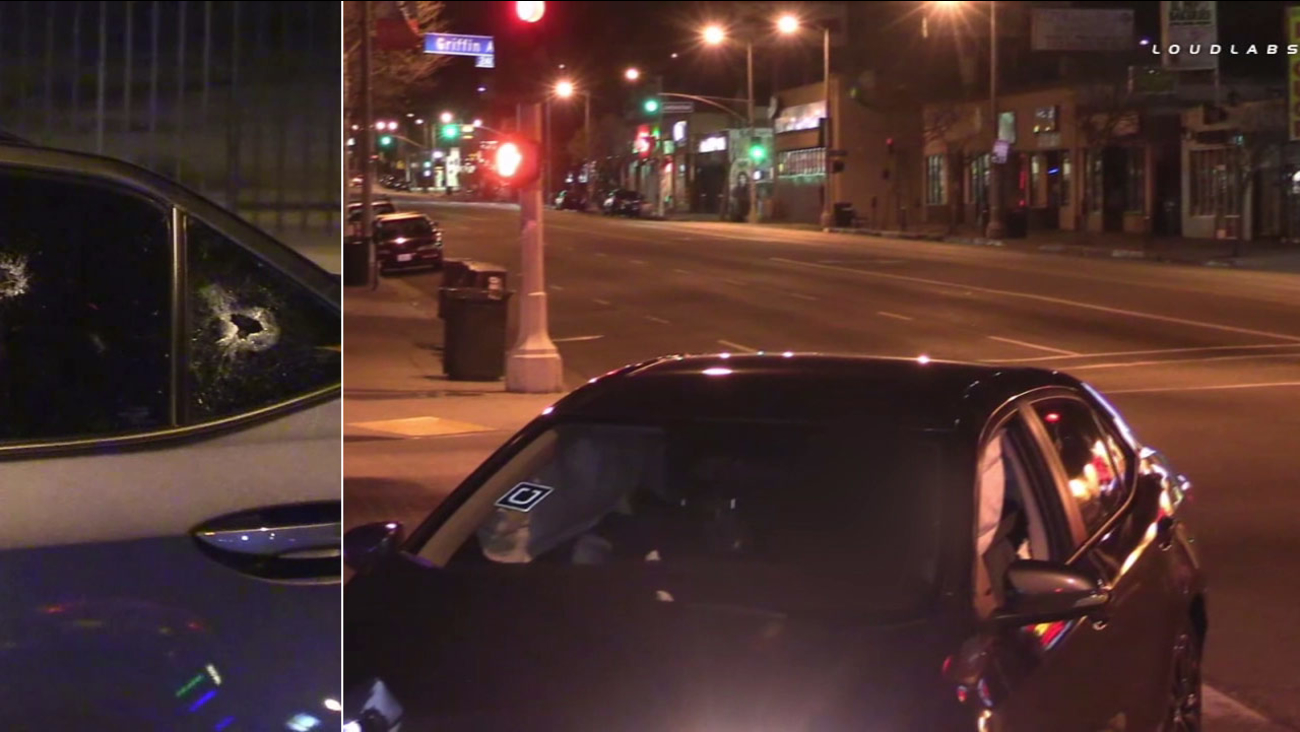 One person was found dead in bullet-riddled car with an Uber sticker affixed on the windshield in Lincoln Heights on Tuesday, Feb. 9, 2016. (LOUDLABS)

LINCOLN HEIGHTS, LOS ANGELES -- A 35-year-old man was found dead in a bullet-riddled car with an Uber sticker affixed on the windshield in Lincoln Heights early Tuesday morning.

The victim appeared to be in the driver's seat of the vehicle, which ended up partially atop a curb in the intersection of North Broadway and Griffin Avenue.

Detectives say the shooter or shooters pulled alongside the victim's car and opened fire, shooting off approximately eight rounds before fleeing around 2:20 a.m.

Officers who happened to be in the area heard the gunshots and saw an SUV fleeing the scene. Los Angeles police started the pursuit before the California Highway Patrol took over once the vehicle hit the freeway.

CHP pursued the car on the 10 Freeway and various surface streets. The SUV eventually pulled over at Hacienda Boulevard near the 60 Freeway in La Puente, where CHP arrested four suspects without further incident.

Investigators said the suspects, two men and two women, are believed to have gang ties.

It was not known if the victim was a gang member. Police searched the victim's car and the suspects' SUV and found no weapons in either.

The motive behind the shooting remains unknown.