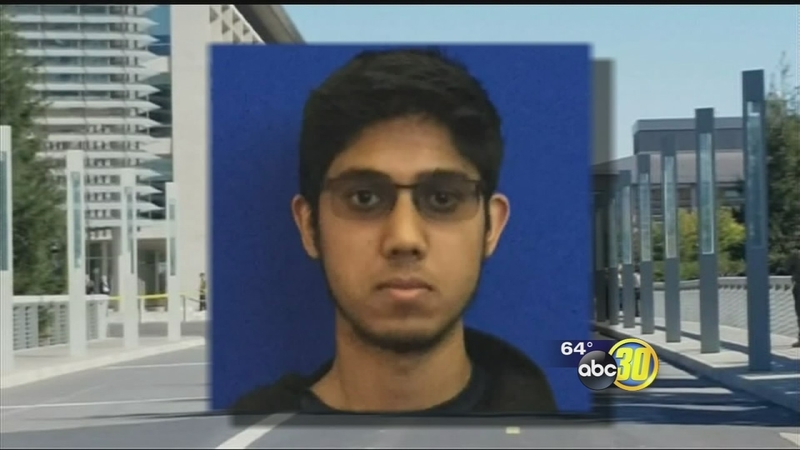 FRESNO, Calif. (KFSN) -- A new report by the FBI is giving UC Merced some closure after a student stabbed four people on campus last November. The report shows the suspect, Faisal Mohammad, was inspired by Islamic terrorists to hurt people but he acted alone.

The attack ended on Scholars Bridge and it's really been a bad memory for the campus. The report gives insight but it doesn't take away the pain.

November 4th is a day Daniel O'Connel will never forget. "It took a while to adjust to this scene over here, without remembering where the blood stains were."

He was in the same spot, working an early morning shift at UC Merced when he heard the screams and saw the violence. "The guy was feet away from us, and right away, I could see his knife," said O'Connel.

It was Faisal Mohammad who was holding the knife, he had just stabbed two people and went on to stab two more before a campus police officer shot and killed him. "He was a horrible individual on that day," said Vern Warnke, Merced County Sheriff.

Sheriff Warnke called Mohammad a terrorist back then, he still does, and now, the FBI has solidified his suspicions.

Investigators said Mohammad had a photocopy of an ISIL flag and his laptop was filled with propaganda supporting Islamic terrorists. Sheriff Warnke said there was also a hidden history of visits to terrorist websites. He said, Mohammad reached out to these extremist groups but never got a response.

"He was self-radicalized and not directly connected to any subversive group," said Warnke.

It appears Mohammad acted alone and, according to the FBI, his actions were inspired, but not directed by, a foreign threat.

"Wide open eyes, he looked like he didn't know what he was doing," said O'Connel.

He had a plan to kill people and police officers with a bag full of tools to do more damage. "It looked like his plan went wrong-- well it did," O'Connel said.