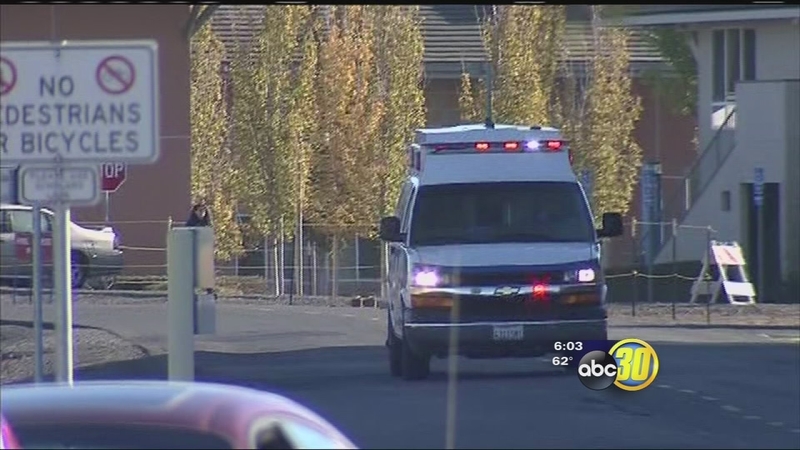 MERCED, Calif. (KFSN) -- The Merced County Sheriff's Office said there were intended targets in the UC Merced attack, and the person who was stabbed first is believed to be one of them. He is a student and investigators used his information to figure out a motive.

At UC Merced, the school is trying to move forward and heal. Sheriff Vern Warnke says it's tough, but investigators now have answers -- reasons for Faisal Mohhamed's stabbing spree. Sheriff Warnke said, "his entire plan-- scene-- as he had scripted, fell apart."

The script was a two-page, handwritten "manifesto," found during the autopsy. Sheriff Warnke says it outlined scenes, the initial attack with a tactical knife and 3 first names for the intended targets. "He had several intended targets and we had some students who were injured," Warnke added, "I believe one of the intended targets was injured, the others were just happenstance."

That student was stabbed first and his injuries were so severe, he had to be flown to the hospital. Warnke says he knew the suspect, the study group he was in and how he was kicked out roughly two weeks ago for disruptive behavior. The information, Sheriff Warnke says, helped piece together the motive, "he was an upset teenage boy."

Sheriff Warnke says the suspect had much bigger plans: he wanted to hurt more people, he wanted to zip-tie students, he wanted to ambush an officer for a gun and he wanted to take the attack from a classroom to the dorms. Fortunately, a contractor stepped in and a campus police officer was able to stop Mohammed two minutes after he started the attack. "Oh my gosh, to think about what kind of hatred this guy had in his heart to want to go do these horrible things," Sheriff Warnke said, "just because he was kicked out of a study group."