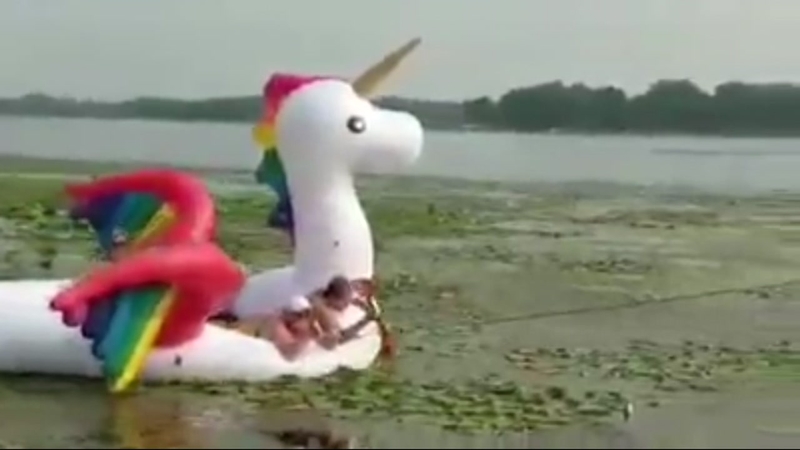 STARK, Minnesota -- It was not a fairy tale, but a rescue on a Minnesota lake did involve a rainbow unicorn.

A sheriff's deputy and a reserve deputy from the Chisago County Sheriff's Office spotted a group of five women on a large, inflatable rainbow unicorn floating on Fish Lake Saturday.

KMSP-TV reports the deputies pulled their squad car over and asked the women for a photo, but noticed the raft was stuck in weeds.

One deputy threw a rope to the women while the other recorded a video . A sheriff's office tweet says, "With a handful of laughs and some mad rescue roping skills they were pulled back to the dock!"

Driving by a local lake we observed a bunch of women in a 🌈🦄 stuck in the weeds...Yes a rainbow unicorn... With a handful of laughs and some mad rescue roping skills they were pulled back to the dock! #wherestheglitter pic.twitter.com/qCyhfJqAa9