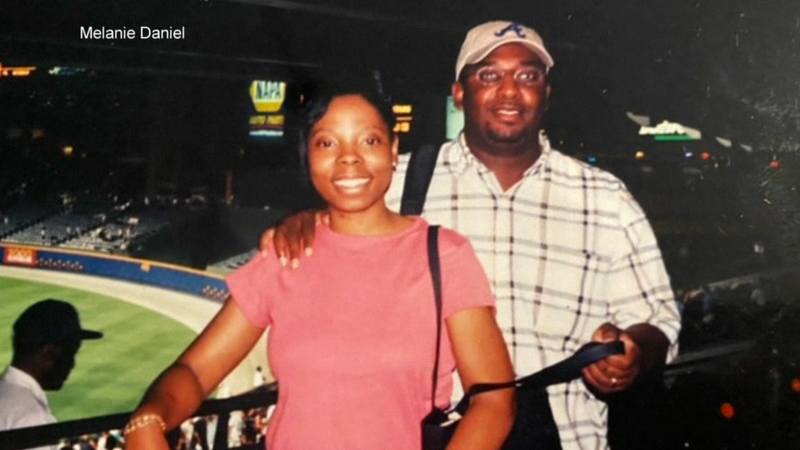 SAVANNAH, Ga. -- Martin and Trina Daniel, married for over 20 years, both died of COVID-19 within hours of each other, leaving behind two teenage children facing an unimaginable loss.

The Daniels met at Savannah State University in the 1990s before Martin Daniel headed to Tuskegee University in Alabama for graduate school, their nephew, Cornelius Daniel, told ABC News.

The couple settled in Savannah, Georgia, where they raised two children: Miles, now 18, and Marina, 15.

Trina was a stay-at-home mom who loved supporting her immediate and extended family while Martin worked as a chemist, Cornelius Daniel said.

"He loved being a chemist," he said. "One of the reasons I went to Tuskegee was because he went there."

The Daniels' niece, Quintella Daniel, added that she went to Savannah State because of her uncle.

"He was just a very motivational person," she said.

The Biden administration is expected to announce a plan to roll out booster shots for Americans.

When the COVID-19 pandemic erupted, Quintella, a nurse, headed to New York City, the first U.S. epicenter, calling it "a life-changing experience."

Cornelius Daniel said his aunt and uncle were hesitant to get vaccinated in part due to the legacy of the Tuskegee Syphilis Study, which charted syphilis progression in unknowing Black men from the 1930s to the 1970s.

Martin Daniel had "a stubborn attitude toward vaccines in general," Cornelius said.

"He trusted the vaccines that had been around for awhile," like for polio, but felt the COVID-19 vaccines were developed too quickly, Cornelius said. (The quick COVID-19 vaccine development was possible because of decades of prior scientific studies demonstrating safety, as well as an unprecedented multibillion-dollar commitment by the federal government to accelerate research.)

The Biden administration could soon be urging Americans to get a booster shot eight months after receiving their second dose of the vaccine, a source familiar with the discussions told ABC News.

The Daniels eventually came around to the idea and were scheduled to get the vaccine in mid-July -- the week after they died, their nephew said. The Daniels' symptoms hit at the end of June and quickly "spiraled out of control" around July 4.

Martin Daniel died at home on July 6. Trina was hospitalized and died that night, the family said.

"We were already taken aback by his passing, but to have to endure the passing of her ... was traumatizing," Cornelius said.

Miles and Marina, battling COVID-19 while their parents died, went to the hospital on July 7 for treatment. They were released hours later, Cornelius said, but had to quarantine for two weeks while dealing with the loss of both parents.

After a painful month, both teens are "doing well" and "adjusting to the new normal," Cornelius said.

The family dropped off Miles at college this weekend and Marina is beginning her sophomore year of high school.

Miles and Marina now plan to get vaccinated, Cornelius said, adding that he hopes others who haven't yet gotten the shot will follow the teens' lead.

"The only bullets we have right now in our gun are the vaccines," Cornelius said. "So I would prefer a vaccine over a ventilator every day. Too many families have already experienced the pain that we're feeling."
Report a correction or typo
Related topics:
health & fitnessgeorgiacoronaviruscovid 19 varianthospitalcovid 19 vaccineu.s. & world
Copyright © 2021 ABC News Internet Ventures.
TOP STORIES
Kings County rallies behind beloved baker battling cancer
Fresno State student killed in hit-and-run crash on highway
Man shot multiple times at party in southwest Fresno
57-year-old man hit and killed while crossing road in Clovis
Cyber Monday 2021 deals shopping guide
Fauci says omicron variant will 'inevitably' arrive in US
Man killed after walking onto Tulare County highway
Show More
42-year-old driver killed after crashing into Merced canal
Valley health officials bracing for arrival of new COVID-19 variant
Fresno police share tips for protecting your packages
Is it ever too early to put up a Christmas tree?
Fresno Co. man accused of stabbing his mother, killing her boyfriend
More TOP STORIES News