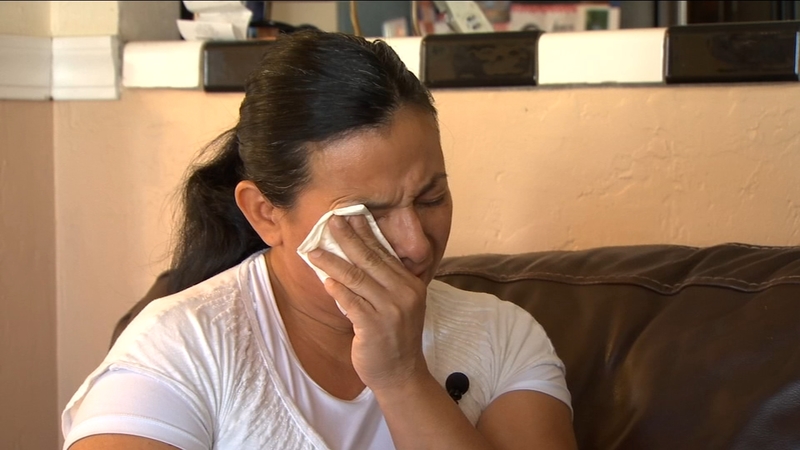 FRESNO, Calif. (KFSN) -- Fresno Police arrested three brothers for a Mother's Day shooting that left a father and husband dead. Detectives say 46-year-old Luis Mariscal was not the intended target when the suspects opened fire on a home that morning in Southeast Fresno.

Maria Mariscal and her husband, Luis, were happily married for 28 years. There are times when the reality of losing him is still too unbearable.

"If the people who hurt him had known him, they would have never done something like this."

Maria Mariscal lost her husband of 28 years to a fatal shooting on Mother's Day. Police arrested three young men this week for murder and say Luis was not their intended target. @ABC30 pic.twitter.com/OWKroWnQeY

"He would give his life for his kids, that's the kind of man he was. He always loved me more than he loved himself."

It was early Sunday morning on Mother's Day. Luis and his family were across the street at his son's house on the 4800 block of E. Madison. He was standing by the front door when a series of bullets pierced through the walls. Luis was hit in the lower back and died at the hospital 10 days later.

"There were multiple people inside the location, the victim's son, grandchildren, fortunately, nobody else was struck by the gunfire," Lt. Larry Bowlan.

Earlier this week, detectives arrested three young men for the murder. They are Everardo, Eduardo, and Jose Valenton. Police say they were aiming for someone else and killed Luis instead.

"The only thing I would say about them and to them is that I am sorry for them and I pray to God for them because they are young."

Maria says her husband was a religious man.

He was compassionate and spent a lot of time praying for patients at the hospital.

Some of them, have since recovered.

"The other patient who has cancer, he is at home," said Maria while tearing up. "But my husband is not."

Maria says Luis was a lifelong learner. He was proud to graduate from Bible College last year. His family says his memory will always live on in them.
Report a correction or typo
Copyright © 2021 KFSN-TV. All Rights Reserved.
More Videos
From CNN Newsource affiliates
TOP STORIES