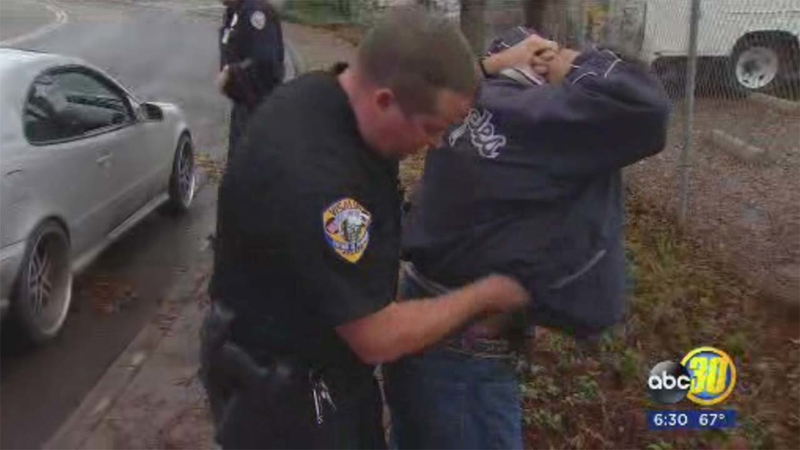 FRESNO, Calif. (KFSN) -- The Visalia Police Department is moving forward with a plan to put body cameras on all of its officers.

The move was made possible earlier this month when the Visalia's City Council officially accepted a federal grant for the project.

"It's a significant commitment financially and we wanted to be able to do it the right way," said Visalia Police Chief Jason Salazar.

Salazar says his department applied for the Department of Justice Body-Worn Camera grant earlier this year.

In September, they were awarded the $153,000 grant, which will essentially fund the first year of the program.

After that, the city will take on the costs.

"So we're currently in the process of just securing the funding and then we'll go out to select a vendor to implement the body camera program," Salazar said.

The department plans to enter a long-term agreement with the vendor they choose.

They'll also need to hire an employee to implement and maintain the department's program, which will include storing the video.

Right now, the department has 154 sworn officers; 119 are uniformed personnel, and they'll all be outfitted with a body camera.

Aside from being an important evidentiary tool, Salazar says the new technology will help those officers do their jobs better.

"In some communities, the thought is the cameras would catch the officers doing what they weren't supposed to be doing," Salazar said. "And unfortunately that happens sometimes. But I think for the most part, we accept that it's a tool that provides for transparency and accountability between the law enforcement organization and the communities that they serve."

Salazar knows that program costs will increase as the department grows.