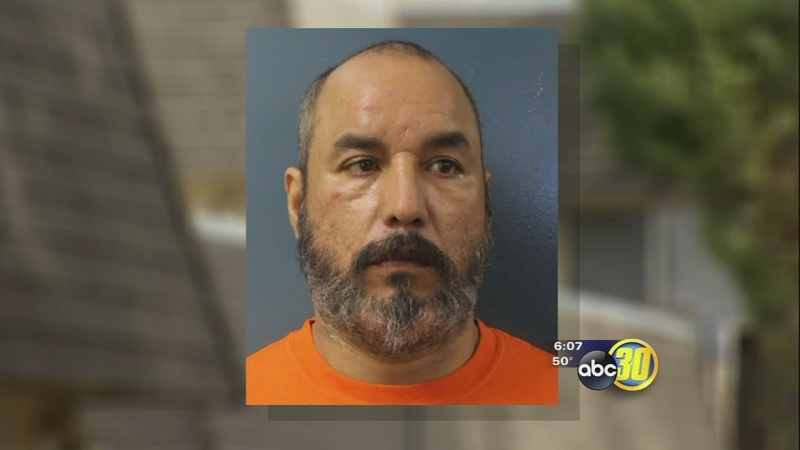 VISALIA, Calif. (KFSN) -- Visalia police have arrested the ex-boyfriend of a woman who was stabbed to death on Saturday.

The body of 32-year old Krickett Enriquez was found in her car the evening her family reported her missing.

Hector Gonzalez, 50, lives on the second story of a small apartment complex near Walnut and Santa Fe in Central Visalia. About 100 feet from his doorstep is the carport where Visalia police officers found the body his former girlfriend the first day of the new year. "We do know that the victim and suspect do have a child together from a previous dating relationship. At the time of the homicide, the victim was living in another location in Visalia and had traveled that morning to pick up her child from the suspect's residence on South Garden," said Sgt. Damon Maurice, Visalia Police Department.

Investigators said Enriquez never made it to get her 8-year-old daughter. An autopsy Tuesday showed she died of multiple stab wounds to the upper body.
Based on her Facebook, she was dating someone new and recently changed her cover photo to a quote that read "Hurt me with the truth but don't ever comfort me with a lie."

Detectives don't know when Enriquez and Gonzalez ended their relationship or if it was around the time he was booked on other disturbing charges. According to court records, Gonzalez is set to go to trial on 26 counts of sex crimes with a child in April. He was arrested for these crimes in 2014. So, it's unclear why any child, including his own, was in his custody on the day he is accused of murdering Enriquez.

Officers want to know more about the custody arrangement between the parents and the motive behind the brutally intimate homicide. "He has provided a statement but we are not releasing that because of the ongoing investigation at this point, but he did speak with us, yes," said Maurice.