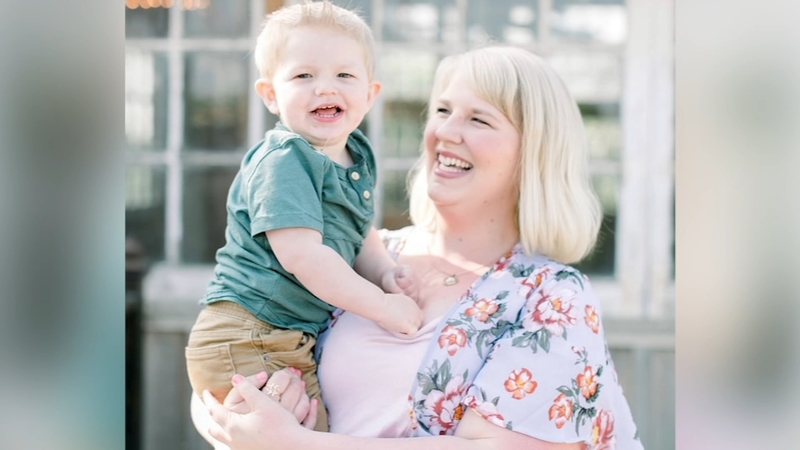 VISALIA, Calif. (KFSN) -- "I miss his hugs and his laughter," said Sarah Weir of Visalia about her 2-year-old son John. "My arms ache daily to hold my son."

She longs for him to be back by her side.

That day she was supposed to pick him up from her estranged husband Steven Weir.

Her nightmare began with a call from Steven's family.

"Hearing the words that John and Steven are missing, instantly not only did I feel extreme terror, but extreme anger," said Sarah.

Then a gut-wrenching email from Steven arrived.

"There were words in there that just read like a last letter of someone saying goodbye forever," she said.

The two had been married for five years and filed for divorce earlier this year.

Things escalated between the two after a judge named Sarah their son's primary caregiver. She said he would act out and send her texts or emails full of his anger.

"He thought he was going to lose time with his son forever, I was going to have sole custody and he would never be able to see John again and that was never, ever my intent," she said.

A statewide Amber Alert was issued for John, and Sarah pleaded to Steven to return her son safely.

"I called his cellphone that day, that Saturday, pleading with him to bring John home and it went right to voicemail," said Sarah. "I know it was off, but I still tried."

Almost two days later, the search for John and Steven came to a devastating end. That moment echoing in her head, forever changing Sarah's life.

"You hear the words that your son is no longer living and I just kept saying, 'No, no, no, it can't be true'," said Sarah.

Their bodies were discovered at the Sandflat Campground in Tuolumne County, a place they often vacationed at.

"This was a sweet innocent little boy who got hurt," she said.

Sarah now holds on tight to her son's memory, cherishing every reminder of his life. From their joyous mother-son photoshoots to the toy trucks he would play with for hours on end.

"He has a smile that couldn't be contained by his face," she said.

Some days are harder than others, but Sarah's family and faith keep her strong and pushing forward.

"For some reason through all of this there is a purpose and I will live life for both of us," says Sarah.

At this point John and Steven's causes of death have not been released.

As for Sarah, she hopes that through her story those struggling with mental illness can seek help.