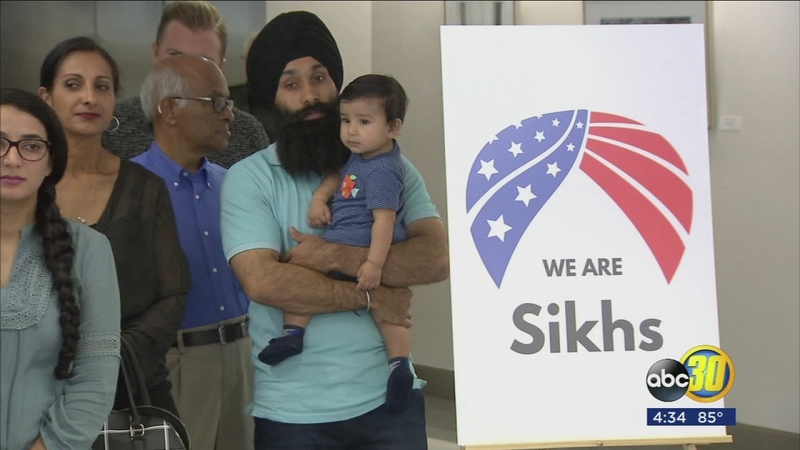 FRESNO, Calif. (KFSN) -- Ads appearing on TV and online for the next month are promoting the message of understanding. The "We Are Sikhs" campaign is aimed at countering the misconception and discrimination that members of this religion face in Fresno and across the country.

"We have been here for more than 150 years, and our neighbors don't know who we are," said Amritpal Singh, Visalia.

Members of the Sikh community were joined by civic and political leaders at Fresno City Hall to launch the campaign to increase understanding of Sikh people.

"And just to tell America just who we are-- but we are also here to ask you to do something-- we ask that you get to know your Sikh neighbors," said Dr. Sharnjit Singh Purewal, Sikh Council General Secretary.

This nationwide effort is to try and blunt the racist attacks on Sikhs-- like the incident in Fresno where an elderly man was run over by young men who called him a terrorist.

Sikh men note their turbans are like a uniform, telling the world they are ready to protect others, but instead, the turbans make them targets.

"This is a symbol of readiness and equality to protect anyone in the world who comes to him for help, but we are being discriminated because of the turban," said Singh.

A majority of Sikh children also face bullying in schools. It is estimated there are 40,000 Sikhs in Fresno County alone. Their parade in Selma is a huge annual event. So the hope is this campaign will help show Sikhs share American values of freedom and equality, rooted in a deep religious faith.