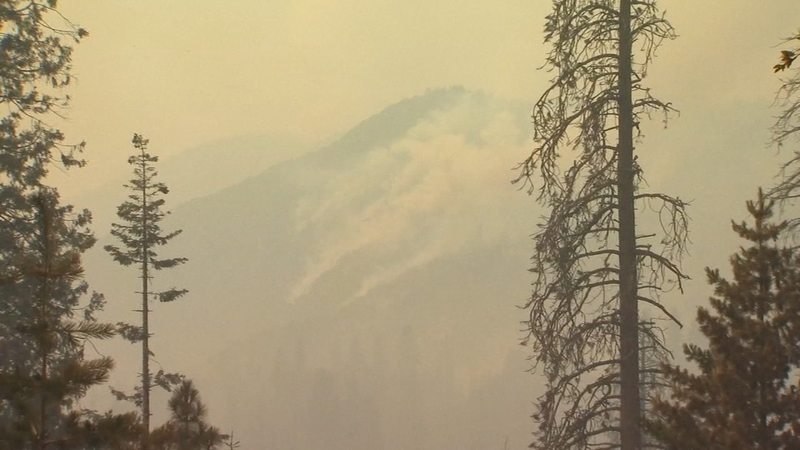 FRESNO, Calif. (KFSN) -- For some people just breathing is difficult due to the wildfire smoke while others are perfectly fine but a recent Action News Poll by Survey USA just about everyone is staying indoors.

As the Ferguson Fire in Mariposa County continues to burn smoke fills the air in the Sierra, Foothills and the Valley.

While the worst of it is near Yosemite, the Valley Air District says the Central Valley has benefited from slightly cooler conditions, allowing for some wind to clear the sky.

"It's kind of been up and down on the Valley floor. We actually have gotten a break in the last couple days. The inversion lifted just a little bit," said Heather Heinks, Valley Air District.

An exclusive Action News Poll by Survey USA asked 500 people in the Central Valley if they were aware of the poor air quality caused by the Ferguson Fire. Nearly 90% said yes.

More than half of the people in the survey said they had changed their daily routine to avoid the unhealthy air quality.

An air quality alert is in place until further notice due to smoke from the wildfire.

"So if you are in an area that is filled with ash, which are much larger in size, use that visual cue as your indication that you should come inside and out of the bad air quality," said Heinks.

When asked if they have any family members who have experienced recent health problems related to air quality, the survey was nearly split in half. 49% said no, 44% said yes.

But when asked if they or any family members have gone to a doctor or hospital due to health problems from the poor air quality 69% said no, while 29% said yes.