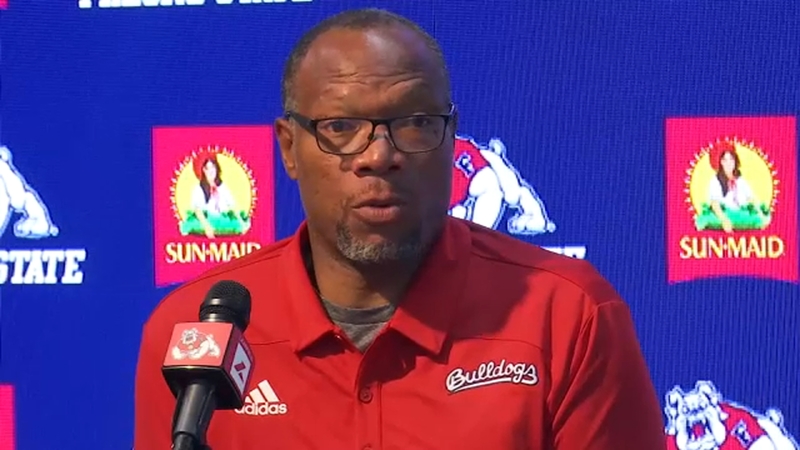 FRESNO, Calif. (KFSN) -- As Fresno State prepares for its Saturday game, its defensive coordinator is also dealing with a threat much more serious than the opponent's offense.

Opposing quarterbacks couldn't get comfortable as the Bulldogs became a national leader in sacks.

But in the summer before Inge's second season in the Valley, a series of text messages made him uncomfortable.

The sender called Inge an "Uncle Tom" who kisses up to white people to keep his job.

Inge told police he felt some fear when the person said they'd come to Fresno State.

Between curse words, the suspect said they knew where Inge was and talked about his wife.

"These are serious," said legal analyst Tony Capozzi. "There's no question about that. I can feel for the coach being concerned about himself and his family. This is important that it be tracked down and it be stopped."

Capozzi says police are right to take the threats seriously.

He says the suspect seems to have previously interacted with Inge since they knew certain details about his life and had his phone number.

Inge told police he didn't have any bad relationships, but mentioned the football team released three players he coached. He was still in contact with them.

Police served a search warrant on the texting app service that gave out the number used to send the texts.

Fresno State police chief James Watson told Action News it's an ongoing investigation so they're not commenting, but Capozzi says their investigation will probably focus now on the three players the team let go before this season.

"Go to the players who may have been released at some point in time, start checking out their background and see whether or not they were upset about what happened to them," Capozzi said.

Inge didn't respond to an email.