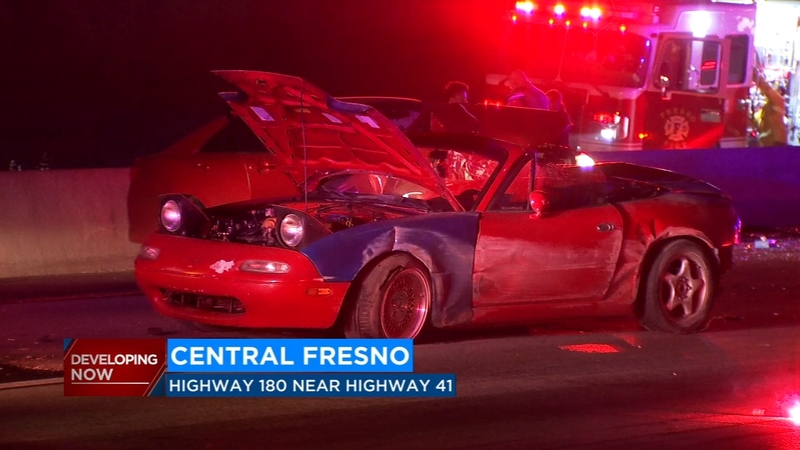 FRESNO, Calif. (KFSN) -- The Coroner's Office has identified the man who was hit and killed by another driver in central Fresno Monday night.

Authorities say 20-year-old Xavier Olivares of Fresno crashed his car into the center median on eastbound Highway 180 just before 10 o'clock.

According to investigators, while Olivares got out of his car to evaluate the damage, a woman driving another car ran into him.

California Highway Patrol officers say the woman was under the influence of alcohol.

Moments later, near the fatal crash site, there was another crash involving two other cars.