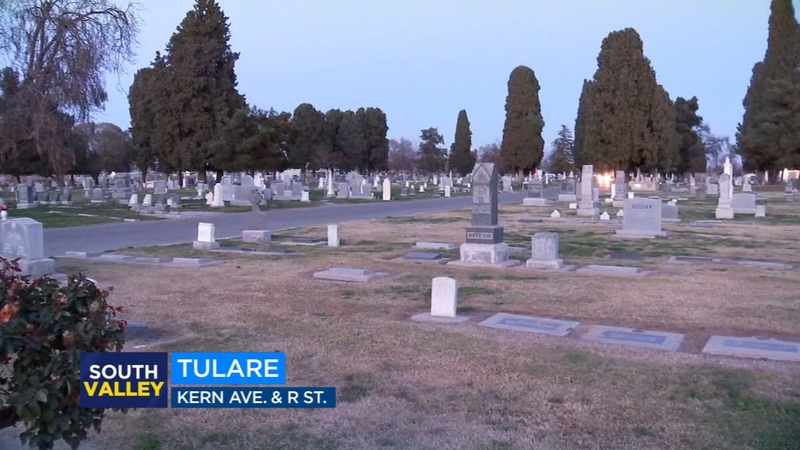 TULARE, Calif. (KFSN) -- Police believe a 53-year-old man was stabbed to death at a cemetery in Tulare on Monday afternoon.

Tulare police say the incident happened just before 12:20 pm at the 900 block of E Kern.

When officers arrived at the location, they found Jerome Parker with stab wounds. Parker was rushed to the hospital where he later died.

Police have arrested 41-year-old Larry Anthony Johnson, who they say "implicated himself and his involvement." Witnesses also placed the blame for the stabbing.

Officers say the suspect's behavior was nervous and erratic but that he surrendered himself to police.

Investigators have not determined a motive for the attack.
Report a correction or typo
Related topics:
tularestabbing
Copyright © 2021 KFSN-TV. All Rights Reserved.
More Videos
From CNN Newsource affiliates
TOP STORIES