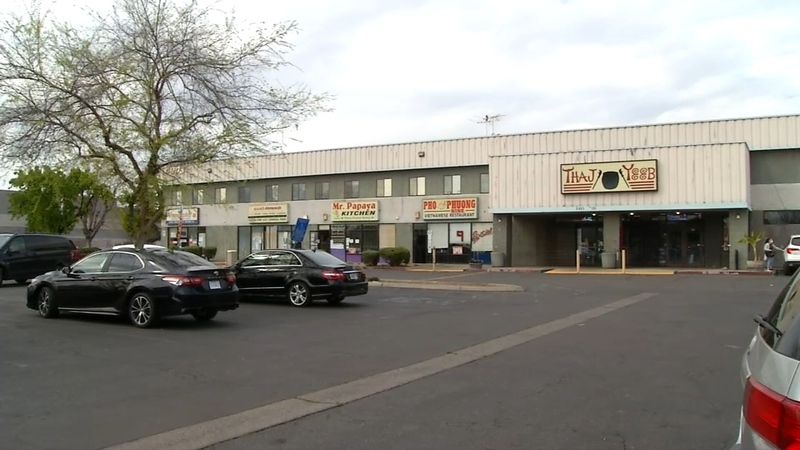 FRESNO, Calif. (KFSN) -- The shooting rampage in Atlanta ignited action all the way to Fresno.

Police are stepping up patrols near predominately Asian areas within the city.

"Just frequenting the area a command presence also just to let the patrons of the business know that the FPD cares about their safety," said Fresno Police Sgt. Jeff LaBlue.

The operation started on Wednesday.

Morgan Doizaki of Central Fish saw some officers driving along the market on Thursday.

Recently, however, he's taken his safety into his own hands, now carrying pepper spray gel with him for his protection.

"This is the first time I've brought this with me, just in case," he said.

Doizaki is Japanese-American, and says he's still dealt with racist slurs, mainly from transients who he says he couldn't let inside the store because they weren't wearing a mask.

"They blame me for the virus," he said.

Officials with The Fresno Center say they reached out to the police department after the Atlanta attacks, saying many from the southeast Asian community are living in fear.

Officials with Fresno Interdenominational Refugee Ministries say many in the Asian community have changed their way of life to avoid being outside.

Police say there isn't any current threat to the city's Asian American community, but executive director Christine Barker says that's because many of the incidents aren't being reported.

"There have been a couple of violent attacks on community members in Fresno. To my knowledge, many have not been reported to police. Folks don't feel comfortable reporting these things," says Barker.

Former Fresno City Councilman, now executive director of Asian Business Institute and Resource Center, Blong Xiong says the organization is one of many partnering with FIRM to figure out solutions to protect and educate the community.

"It's about taking proper steps to be culturally sensitive to work with different organizations to do the most amount of work within the community," Blong Xiong says.

Yang says there's been a 150% increase in hate crimes across the country directed at Asian Americans.