Golden State Warriors, Stephen Curry searching for answers after losing 7 of past 8 games 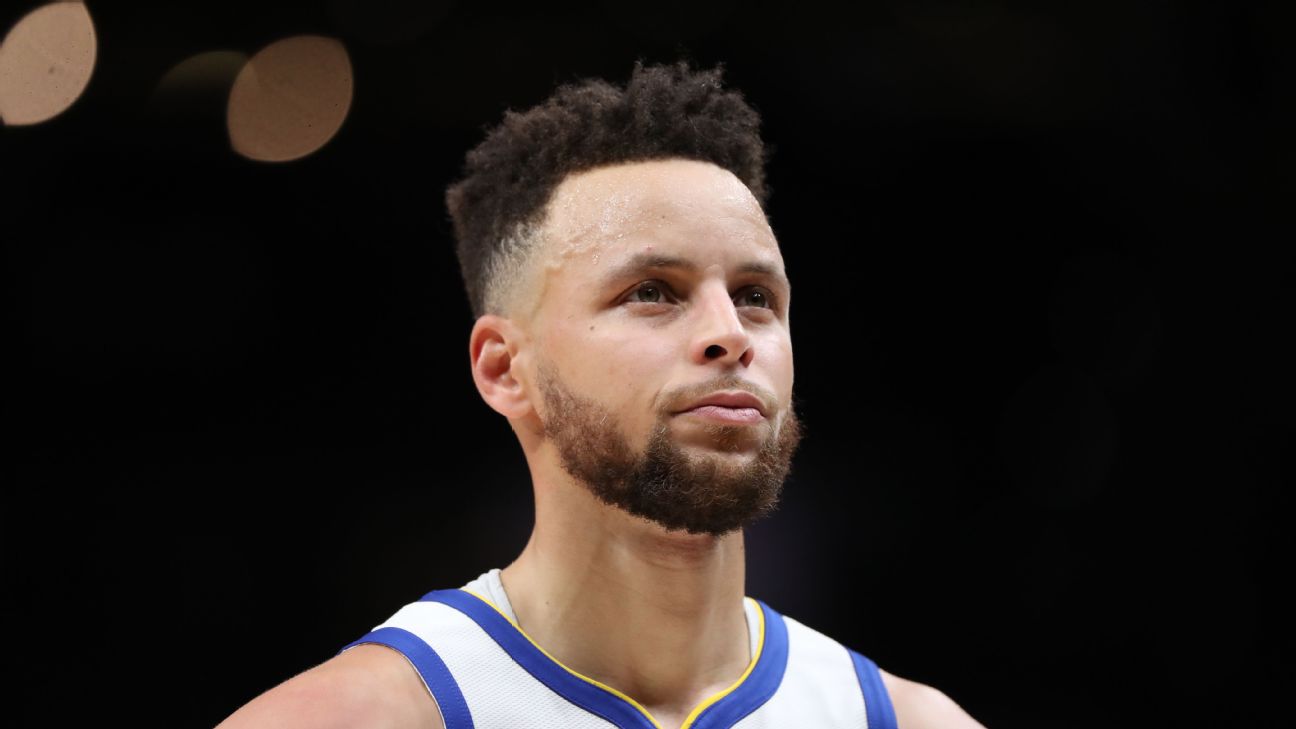 Golden State Warriors star guard Stephen Curry couldn't hide his frustration after his team's latest setback, a 117-111 loss at the Atlanta Hawks on Sunday night. It was the Warriors' seventh defeat in their past eight games.

"It's tough," Curry said, when asked about how his younger teammates are dealing with all the losing. "Keep it real; we all had higher expectations for where we were supposed to be this season. And guys want to outperform; when they go out there, they want to exceed the expectations for themselves, for the coaching staff, whatever it is. And when it doesn't happen, it's frustrating.


"I hope it stings. I hope it's uncomfortable. I hope it motivates you to keep grinding, challenging yourself to get better. I hope nobody is content just being in this middle-of-the-road situation. We're going to find out how we respond down the stretch of the season. See what we're made of."

The blunt honesty was telling considering the 33-year-old usually likes to remain even-keeled in his regular assessments of the team. Curry dropped 37 points but didn't get enough help around him to close a game in which the Hawks' bench outscored the Warriors' bench 55-19.

"You cannot play the way that we've played the last significant stretch and expect things to change," Curry said. "So it kind of is what it is. We got to make the necessary adjustments. It sucks right now. Losing sucks. It's a terrible feeling in the locker room. We don't really have much to smile about. And it's kind of the vibe right now."

What seems to be wearing on Curry more than usual is that despite his high-level play, he is left to answer the same questions about his team that nobody on the roster has an answer for -- notably, why does the group continue making the same mistakes over and over again? The Warriors had more fouls (26) than assists (25) on Sunday night.

"I don't know, man," Curry said of the fouling. "It's like the 20th time we get asked that question, and we haven't figured it out, so it's on all of us to hold each other accountable to the details of being in the right position."

On top of the losses, which continue to pile up as the Warriors (23-27) sit at a season-worst four games under .500, Curry is still dealing with a painful tailbone injury that caused him to sit out Friday night's embarrassing, 53-point road loss to the Toronto Raptors. Curry said the injury is "slowly" getting better, pointing out that he only fell on his tailbone once on Sunday.

The broader bottom line for the Warriors is that the proud organization is dealing with a dose of reality that is getting heavier throughout the season. Even when Curry is playing at an MVP level, it's still not enough on some nights to pull out wins. After years of reigning at the top of the NBA, it's a difficult pill for the two-time MVP to swallow.

"The hard part is trying to answer some of the questions around how we can get better and how we win games," Curry said. "The situation is what it is. We have a lot to improve on, and there's a challenge there that we all need to take head on. It's uncomfortable right now, it's frustrating for everybody, but it will test us to find a way to make these last 20 games matter and give us something to show for it towards the end of the season.

"Right now, it's frustrating, for sure. I hope everybody in the locker room hates losing as a motivation just to stick with it, to stay connected and to figure it out." 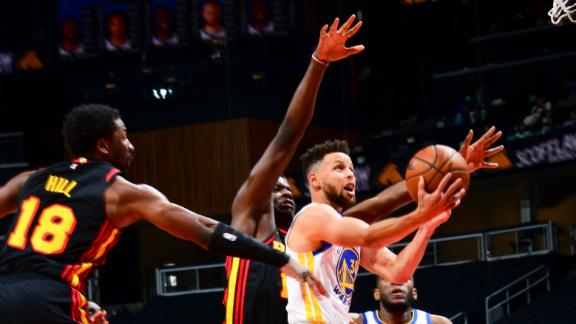