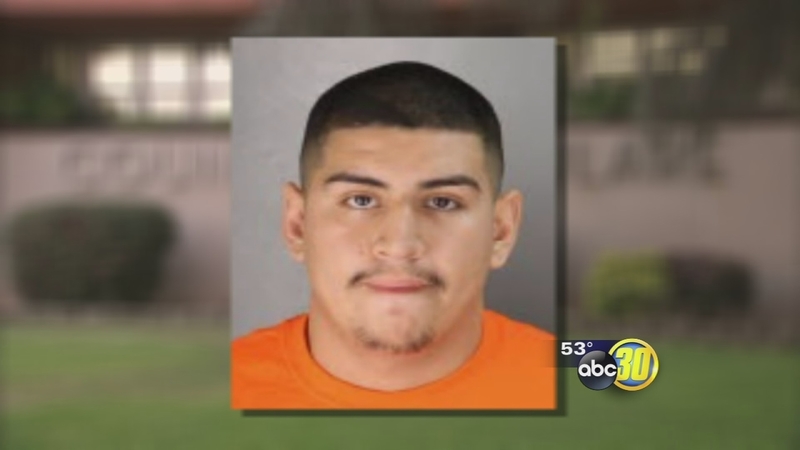 STRATHMORE, Calif. (KFSN) -- A man accused of killing two people over Halloween weekend is now out of jail.

Late Tuesday, Jesus Rodriguez Soto walked out of jail, a free man. But just two days before, he was a suspect accused of killing two people. Now, the Tulare County District Attorney's Office said there's just not enough evidence to file charges against Soto. "We have to have enough evidence to take in front of a jury convince a jury of twelve people in our community that this crime occurred that the defendant committed the crime beyond a reasonable doubt," said Tulare County assistant district attorney Anthony Fultz.

The crime happened at a Halloween party in Strathmore. It's where Gregory Brown, a special needs man, and his cousin, Richard Mandella, were killed. The day after it happened, Brown's adopted father didn't have much to say. "Lot's of tears shed and just consoling each other," said Brown.

Mandella's family was also in shock. He leaves behind a one-year-old daughter and girlfriend. "She's very distraught," said Brown.

Family members said the victims were killed by an uninvited guest who opened fire at their Halloween party. The Tulare County Sheriff's Office said Sunday, witnesses positively identified Soto as the suspect. But the DA's office couldn't pursue the double homicide charges. "We will do what we can to bring justice for that family, but we really need to have a solid case in court. The last thing we want to do is raise their hopes and have the jury come back with a not guilty verdict," said Fultz.