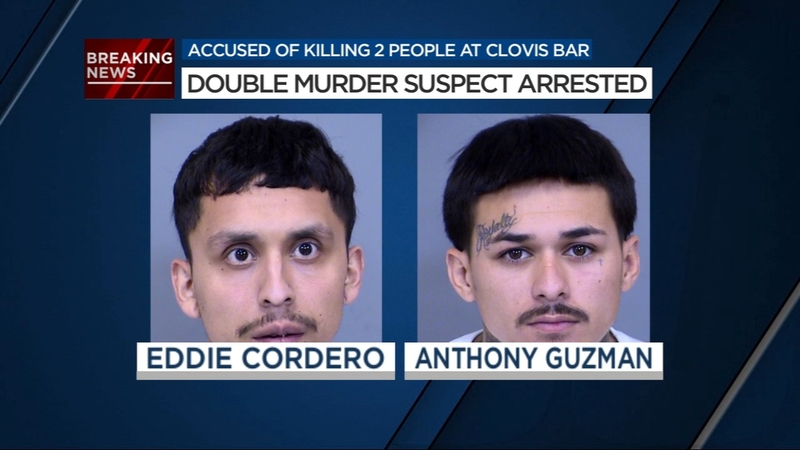 FRESNO, Calif. (KFSN) -- Clovis police have confirmed that the man wanted in connection to a deadly shooting at an Old Town Clovis bar has been arrested.

Police arrested 25-year-old Eddie Cordero of Fresno in Phoenix, Arizona. The Phoenix Police Department assisted with the arrest and found Cordero in a car.

Clovis police say Cordero shot two men to death and injured an employee after an argument that had happened inside the Palace Bar earlier this month.

Police also arrested 25-year-old Anthony Guzman. He was arrested for being an accessory to murder.

The victims were identified as 21-year-old Merehildo Luna and 27-year-old Andres Sanchez.