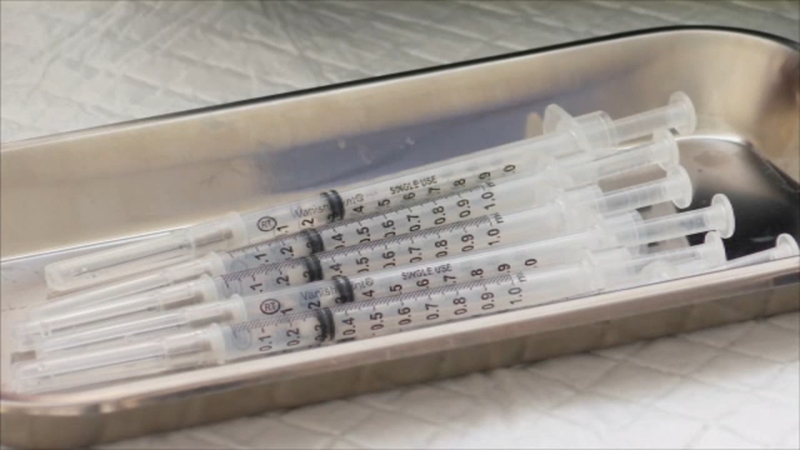 FRESNO, Calif. (KFSN) -- The highly contagious Delta variant, according to the World Health Organization, has been found in nearly 100 countries around the world.

It is one of four variants of concern in the United States, first detected in March.

Health officials around the world and across the country hope more people will choose to get vaccinated as it spreads at a rapid pace.

On Friday, state officials said the Delta variant accounted for nearly 36% of COVID-19 cases sampled, compared to around 6% a month before.

There have been at least a dozen cases in Madera County, and on Friday, Fresno County's interim health officer said they had identified 19 cases, but believed the real number was likely higher due to delays in variant testing.

"And so we're only finding out about cases that become positive, what their variant status is, two to three works, so that really hampers our ability to track this as actively as we can," Dr. Rais Vohra said.

Vohra said that unvaccinated people were most at risk for catching the Delta variant.

But there's still one large portion of the population that can't get the shot-children under the age of 12.

"If the Delta variant becomes dominant as it's predicted to do, this might actually have some implications for school age children and how we recommend different activities for different types of education settings like schools," he said.

Orosi's Jorge Jimenez still has one more dose of the vaccine to go.

But in a world where the coronavirus continues to change, often in dangerous ways, he's looking forward to gaining full protection before taking a trip abroad.

"I mean I think it's better to be safe than sorry," Jimenez said. "At this point, I think the vaccine is well tried out and if you don't get it, you're exposing yourself even more at that point, now that we don't know what other variants are going to be coming out."
Report a correction or typo
Related topics:
health & fitnessfresnocoronavirus californiacoronavirus
Copyright © 2021 KFSN-TV. All Rights Reserved.
CORONAVIRUS CALIFORNIA
Deadline approaches for SCCCD staff to be vaccinated
CUSD adding new air filters to help reduce risk of spreading COVID-19
COVID-19 cases start to dip in Fresno Co., positivity rate still high
City of Fresno requiring new employees be vaccinated against COVID-19
TOP STORIES
Historic downtown Fresno house destroyed in large fire
Clovis motorcyclist killed after early morning crash with trailer
Hundreds turn up for final day of Big Fresno Fair
Valley teacher needs your help to win a $2,000 award for her students
Loved ones say goodbye to Fresno teen killed in alleged DUI crash
1 killed, 1 injured in Merced County crash, CHP says
Bicyclist killed after being hit by truck in Merced County
Show More
Fire tears through Visalia apartment building
Bill Clinton released from UCI Medical Center after blood infection
Merced school's theatre kids showcase their talents at haunted house
Over 100 people join Visalia rally opposing hate crimes against Asians
Bulldogs win turnover battle, bounce back with 17-0 win at Wyoming
More TOP STORIES News