Expanded benefits for vets exposed to burn pits coming, but for some it's too late 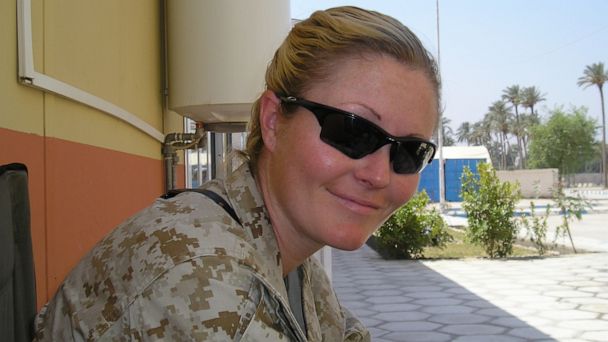 Kate Hendricks Thomas deployed to Iraq in 2005 as a member of the Marine Corps. She said she knew that choice carried risks, but she says she didn't realize it would come back to haunt her nearly two decades later.

"I knew that deploying could cost me my life," Thomas, now 41, told ABC News. "I didn't think it would be like this."


Unknown to her at the time, she said, some of the air she was breathing while deployed was toxic, laced with thousands of chemicals.

The military used burn pits in Iraq and Afghanistan as a way to get rid of trash. Regular household waste items were burned, such as food and clothing. But so were more toxic substances -- paint, metals, plastics, styrofoam, rubber and human waste. She said these burn pits smelled like exhaust and asphalt on a hot summer day. She said they smoldered, with billowing black smoke.

She wasn't the only veteran exposed to these toxic fumes. Roughly 3.5 million veterans who deployed post 9/11 could have been exposed, concerned members of Congress say.

"When I checked in at Fallujah, I originally was housed in this area where everybody was cleaning their air conditioners all of the time," Thomas said. "And it was really as soon as I got there that I realized we were cleaning this chunky particulate matter out of the filters," she later continued.

"They said it looked like I had been dipped in something," Thomas remembered. "I had metastases throughout my skeletal system from my skull to my toes."

Kate says she's met "a ton" of other female veterans who have had breast cancer.

"I actually ran into the only other woman in my unit in Iraq," Thomas said. "And she and I started chatting, and the conversation turned to health. And it turns out, she has the exact same type of aggressive breast cancer that I do. And that's anecdotal data, it's anecdotal evidence, but to me, that felt like a big deal."

But many of the medical conditions allegedly caused by these toxins weren't recognized by the Department of Veterans Affairs.

Thomas immediately submitted a claim with the VA for coverage. She says she went back and forth with them for three years.

"They denied my claim, they denied appeals," she said. "They said, 'You know, we're not -- we're not approving claims for burn pits right now.'"

Since then, Thomas and her family have paid thousands of dollars every year for private health insurance to pay for her medical treatments not covered by veterans' benefits.


There are multiple ways to expand veterans' benefits. The president can sign an executive order, Congress can pass legislation, which could then get signed into law, or the VA can choose to recognize more claims.

The Veterans Administration will now "create presumptions of exposure ... when the evidence of an environmental exposure and the associated health risks are strong in the aggregate but hard to prove on an individual basis," according to the White House. But veterans' claims take time to be approved, and once when they are recognized it can still take months before payouts begin, according to a press conference earlier this month with Secretary of Veterans Affairs Denis McDonough. The Military Times reported that it could be until May 2022 until checks are actually put in the mail.

Congress, which controls the purse strings, could also pass legislation.

"Congress sent us to war, and they need to understand that paying the full cost of war includes the health care [of veterans]," Tom Porter, the executive vice president at the IAVA, said to ABC News.

There are two bills being considered to expand benefits for veterans, one in the House and one in the Senate.

The chairman of the House Veterans Affairs Committee, Rep. Mark Takano, D-Calif., told ABC News that he believes "2021 will be the year that we get a comprehensive toxic exposure bill done."

With little over a month left until 2022, there's still a lot of work to be done.

Rep. Elaine Luria, D-Va., a co-sponsor of the House bill and a veteran herself, believes that if passed, the measure could be expansive enough to give affected veterans what they need.

"This bill is very comprehensive," Luria told ABC News. "And it brings together about 15 different pieces of [previous] legislation that address all different aspects of toxic exposures." She later added that she believes this is "probably the largest veterans benefit bill of our generation."

While there has been bipartisan support for both of these bills in the House and the Senate, Sen. Jon Tester, D-Montana, told ABC News there's been some hesitancy over the cost.

"We have seen some push back by some of the Republicans that say we can't afford to do this," Tester said. "If we're not willing to take care of our veterans when they get back home, then we shouldn't send them off to war to begin with," he later continued.

Sen. Marco Rubio, R-Fla., says he has been working with the Senate Veterans Affairs Committee to make sure a full list of ailments is included in the bill.

"It is outrageous that the federal government has turned a blind eye to the men and women who honorably served their nation," Rubio told ABC News. "If our bill becomes law, the worst thing that can happen is someone who served our country receives treatment for a rare, debilitating illness."


While Congress negotiates, the VA is urging vets to file claims, even if they've been denied in the past.

"Don't wait for legislation to be passed," Ronald Burke, deputy under secretary for policy and oversight at the Department of Veteran Affairs, told ABC News. "Don't wait for a claim for an item to be listed as a presumptive condition. Yes, file your claim."

'Six weeks is an eternity'

In July, after three years of denials, the VA finally recognized Thomas' claim, acknowledging that her aggressive cancer was caused by exposure to toxic burn pits while she served overseas. But, the earliest appointment she could get was six weeks away.

"Six weeks is an eternity in the stage 4 setting," Thomas said.

Thomas made the decision to keep her private insurance so she could receive quicker treatments.

While the White House's expansion of benefits will help veterans to come -- and the bills in Congress, if passed, would help too -- it's too little, too late for Thomas. Her doctors gave her five years to live. It's been three.

But she recognized there will come a time when there will be treatments she's not willing to do.

"There will come a point where we say, 'Okay, we're going to have to let the cancer take its course,'" Thomas said. "But I'd really like my son to be a little bit older."

So, she said she's holding out hope for more time. Her son, Matthew, is just eight years old. She said she's worried about him losing his mom at such a young age.

"And it's interesting, because he knows," Thomas said of her son knowing she has terminal cancer. "The other day we were talking about Jesus and heaven. And he had all these questions. And then he got very still. And his eyes filled up with tears. And he looked at me and he said, 'Mom, it's gonna be so sad.'"