15-year-old hospitalized, suspected of shooting father then himself in west central Fresno 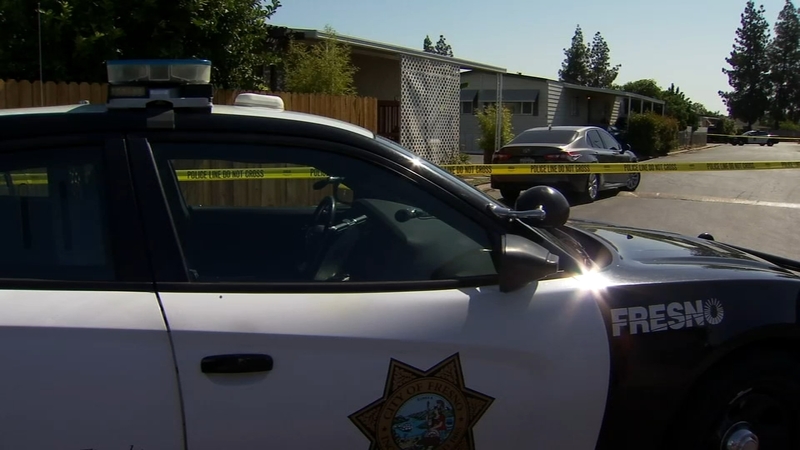 FRESNO, Calif. (KFSN) -- "Brian loved his dad, and I am totally shocked at what happened," says Joseph Enos.

A disturbing discovery for many residents in this tight-knit mobile home neighborhood.

On Monday, Fresno police say a father is dead and his suspected killer is his son.

Enos lived in this mobile home park for 15 years with his wife.

He says he knew the victim well - and connected with him because they both were veterans.

"He used to walk by in front of our house every day down to the mailbox, they would be having their walkie-talkies and they would be clicking them on and off. That gave Brian a sense of safety being near his dad," he said.

Around 8 am Monday morning, Fresno police were called to the home off of McKinley and Pleasant Avenues, inside the Villa Fresno Mobile Home Park.

The caller was the 18-year-old brother saying he heard a shot in the bedroom and then witnessed the 15-year-old shoot himself.

"I am surprised there was a gun in the house," Enos said. "We talked about things like that, being service members."

"They were really close," says Michael Brown. "It is shocking that something like that will happen but you know, that's the tragedy that will happen with guns if they're not locked up. Somebody got ahold of one that really didn't know what they were doing."

Neighbors all say the family was friendly with everyone, and call the loss a tragedy for everyone involved.

Detectives are working to find out what led up to this shooting.

The 15-year-old is still in critical condition at CRMC.