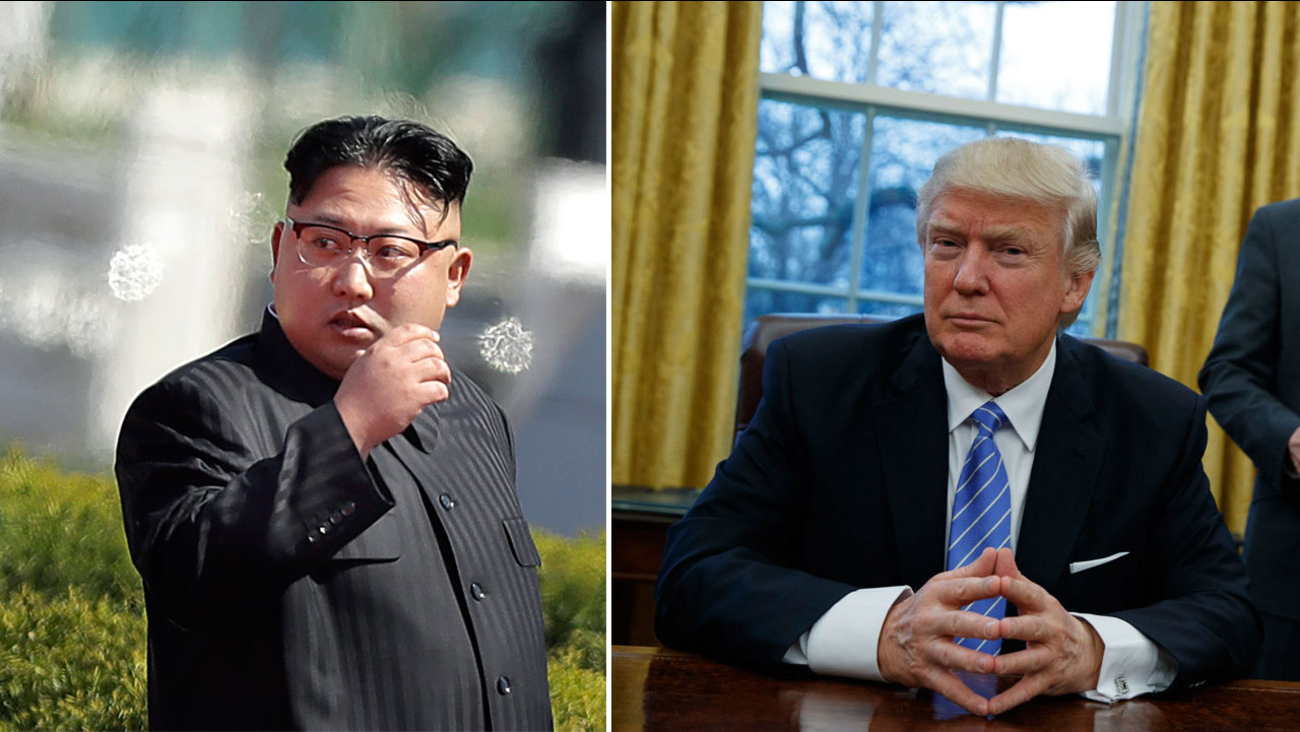 In an exclusive interview with The Associated Press in Pyongyang, Vice Minister Han Song Ryol also said Pyongyang won't "keep its arms crossed" in the face of a pre-emptive strike by the U.S.

Tensions are deepening as the U.S. has sent an aircraft carrier to waters off the peninsula and is conducting its biggest-ever joint military exercises with South Korea. Pyongyang, meanwhile, recently launched a ballistic missile and some experts say it could conduct another nuclear test at virtually anytime.

Trump added to the growing war of words with a tweet on Tuesday that said the North is "looking for trouble." He added that if China doesn't do its part to rein in Pyongyang's nuclear ambitions, the U.S. can handle it.

Many North Korea watchers believe North Korea could have a viable nuclear warhead and a ballistic missile capable of hitting the United States' mainland on Trump's watch as president - within the next few years.

Outwardly, there are few signs of concern in North Korea despite the political back and forth. Instead, the country is gearing up for its biggest holiday of the year, the 105th anniversary of the birth of the late Kim Il Sung, the country's founder and leader Kim Jong Un's grandfather.

The Saturday anniversary may provide the world with a look at some of that arsenal. Expectations are high the North may put its newest missiles on display during a military parade that could be held to mark the event.

At the same time, speculation is growing that Pyongyang may be close to conducting more nuclear or missile tests, despite a raft of international sanctions punishing it over its nuclear weapons program.

Japanese Prime Minister Shinzo Abe warned Thursday that North Korea may be capable of firing a missile loaded with sarin nerve gas toward Japan, as international concern mounted that a missile or nuclear test by the authoritarian state could be imminent.
Related topics:
south koreamilitaryu.s. & worldtwitternorth koreapresident donald trump
Copyright © 2020 by The Associated Press. All Rights Reserved.
U.S. & WORLD