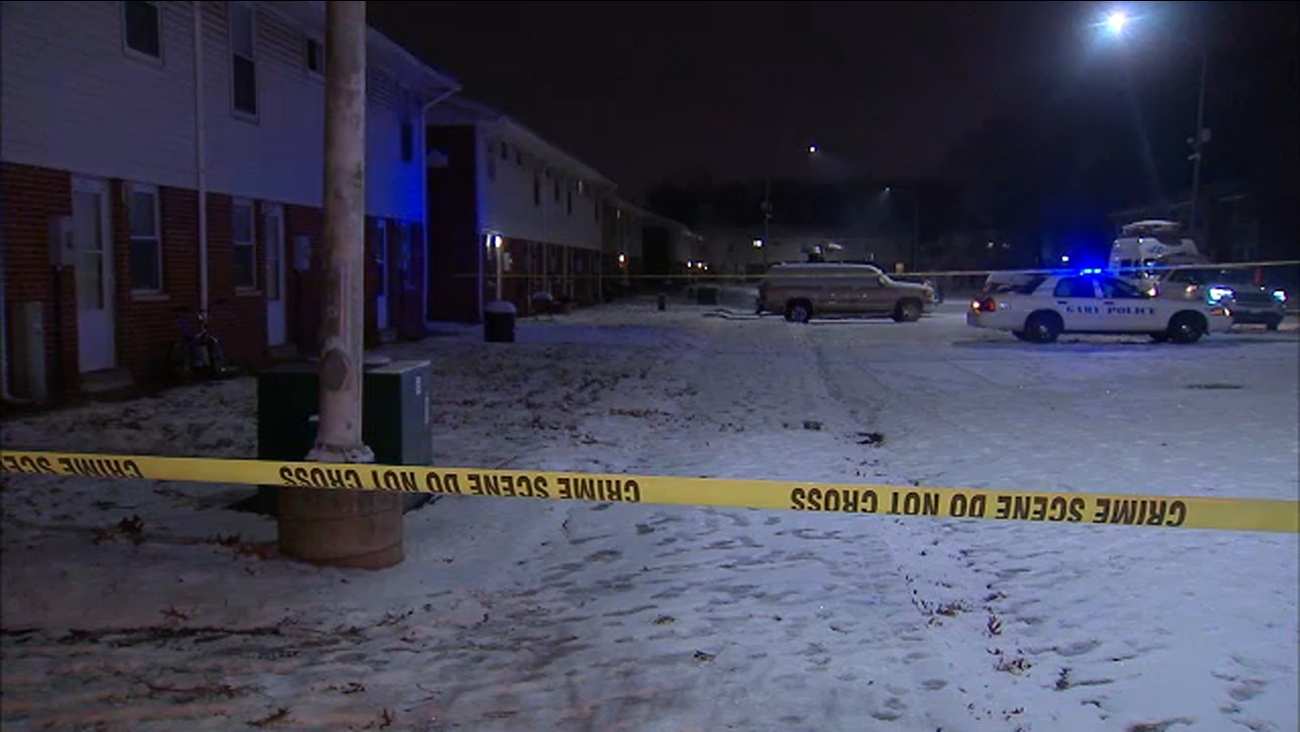 Gary police investigate after a four-year-old boy was killed and his pregnant mother wounded in a shooting Monday morning.

GARY, Ind. -- A 4-year-old boy was killed and his 27-year-old pregnant mother wounded in a shooting in Gary, Ind., Monday morning, police said.

Gary police responded at about 1:10 a.m. to a report of shots fired in a residence in the 4300-block of West 23rd Avenue. Police said someone outside the residence fired shots inside, hitting the boy and his mother, who is three months pregnant, in a second floor bedroom.

Both victims were taken to Methodist Hospital Northlake Campus in Gary, where the boy died, police said. He has been identified to the Lake County Medical Examiner's Office as Toryon Dukes.

The woman was shot in the arm and had a graze wound to the face, police said. The woman's boyfriend along with her three other children were not injured, police said.

The boy's grandmother said his father was killed two months ago from violence in Chicago.

Police have not released details on what might have motivated the shooting.