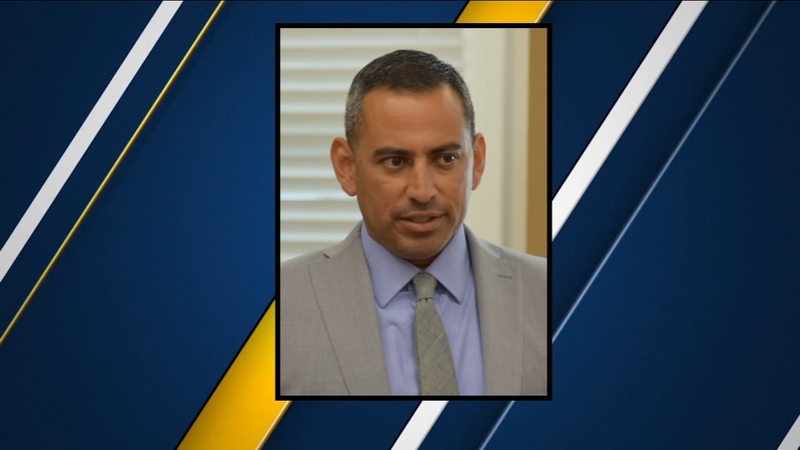 PORTERVILLE, Calif. (KFSN) -- Isaac Nunez was more than just a principal, according to Porterville Unified Superintendent Nate Nelson-he was a conductor of a symphony.

He did whatever it took to create a harmonious school environment, one where all students could be successful.

But unlike the stoic expression of a conductor, Nunez did it all with a smile.

"Isaac was just the epitome of an educational leader for us," Nelson said. "He touched so many students' lives, staff lives, he was a mentor for so many."

Nunez, a Porterville native, died on Monday from injuries he received during a fall at his home on Sunday.

The 46-year-old's wife is a teacher at Porterville's Santa Fe Elementary, and both of his children attend Porterville Unified Schools.

He was most recently the principal of Olive Street Elementary but spent time at other school sites during his 21-year tenure with the district, including Pioneer Middle School and John. J. Doyle Elementary.

Nelson says Nunez was an invaluable asset at job recruitment fairs, finding the best teachers out of a large field of candidates, convincing some to relocate to Porterville from other parts of California.

But some of his hires were familiar faces.

"He just took particular pride in having students that he had taught in the classroom that he was then later able to hire as employees, as teachers," Nelson said. "So (it was) just really thrilling for him to watch somebody's growth over the years and he had a huge hand in that."

Many sharing memories, including one man who said Nunez had an impact on his son and grandson.

"He was a wonderful educator who demonstrated his care and love for his students in ways that motivated and lifted," the man added.

He was another longtime administrator at Porterville Unified and the founding principal of Sequoia Middle School.