KFSN
By Vanessa Vasconcelos
Crimestoppers and Fresno Police need your help solving a series of armed robberies that happened over a two-day period.

On May 15 and May 16, the suspects went after random people in Fresno walking alone - taking anything they could get - including purses and cell phones.

A total of seven people were robbed, including a street vendor.

Police say the suspects were armed with a gun during two of the robberies.

They also used a Taser and a knife.

Something to look out for - the suspects stalked their victims before robbing them.

Police are still searching for two of the suspects - 19-year-old Eric Gomez and a 14-year old.

18-year-old Dallas Esquivel was arrested shortly after the crime spree.

He was already on probation for stealing from pizza delivery drivers three years ago.

If you know anything about this case, call Crimestoppers.
Report a correction or typo
Related topics:
fresnorobberyarmed robbery
Copyright © 2020 KFSN-TV. All Rights Reserved.
ARMED ROBBERY

Woman fends off gunman with mop, bucket of water: VIDEO Round Table delivery driver robbed at gunpoint in downtown Fresno 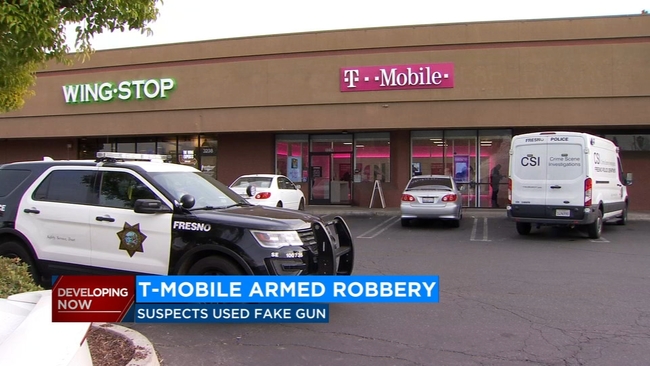