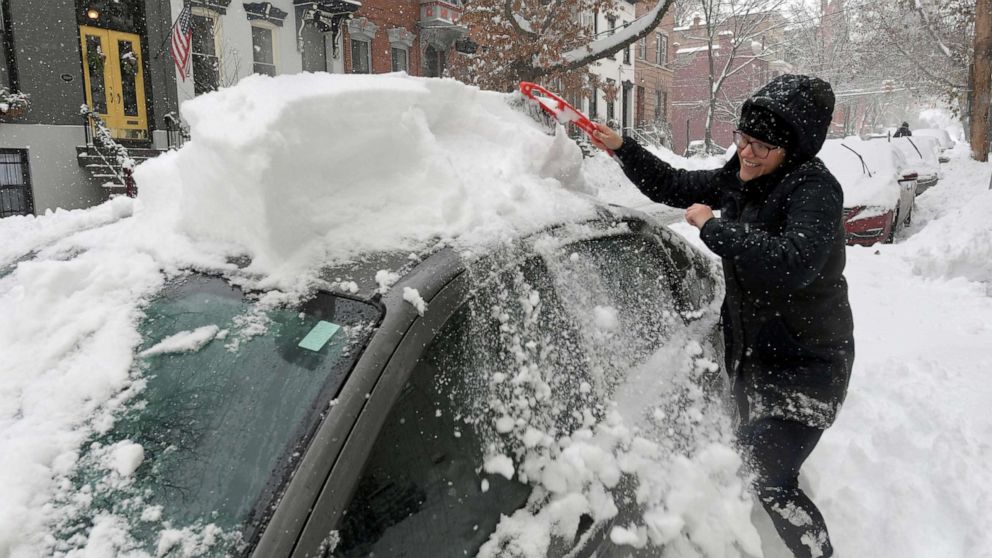 A storm is slamming the Northeast with heavy snow and ice Monday afternoon, and may cause an extremely dangerous evening commute home.

New Jersey, New England and most of New York state have been hit by this nor'easter -- and three to six more inches of snow is still on the way Monday night.

Over 700 flights have been canceled and more than 5,200 delayed across the country Monday -- mostly in the Northeast. Boston's public schools will be closed Tuesday.

In Albany, New York -- one of the counties under a state of emergency -- more than 15 inches of snow has already fallen.

Albany police officer Steve Smith urged residents to stay home, and if they have to travel, "turn your headlights on, drive slow and give yourself ample time."

In New York City, where 1 inch of snow fell by 5 p.m., Mayor Bill de Blasio warned that New Yorkers will face a "sloppy rush hour" Monday night and should avoid driving when possible.

"Anything can happen with a storm," the mayor said.

Here are some of the other snow totals so far:


The snow is expected to wrap up around midnight in New Jersey and New York, but continue overnight in New England.

By Tuesday morning, the heavy snow and gusty winds will be impacting the New England coast, wreaking havoc during the morning commute in Boston and Providence.

The storm will clear out by midday Tuesday.