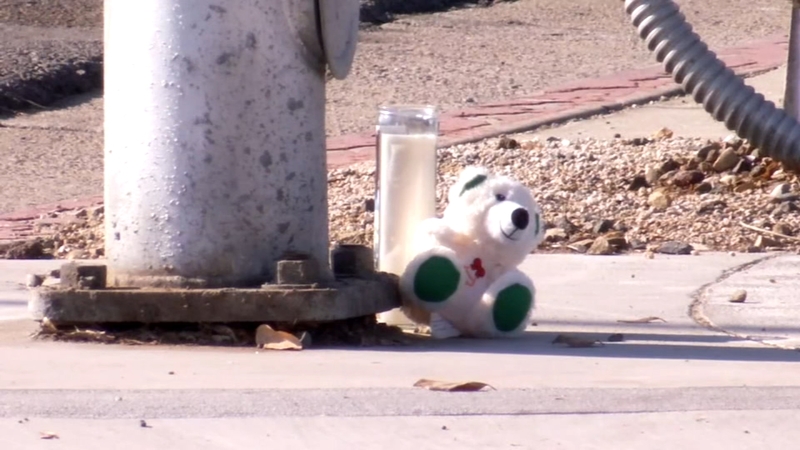 FRESNO, Calif. (KFSN) -- A Fresno family was almost to their destination Tuesday night - Christmas Tree Lane - when the back of their minivan was struck by a six-car Amtrak train near the intersection of Shields and Wishon.

The force of the crash killed a 5-year-old boy, identified by the Fresno County Sheriff's Office as Anton Solorio.

On Wednesday, area residents were still in shock, trying to understand what went wrong on the tracks.

"To hear something like this, it's a rip in the fabric of our universe," says John Alden.

Adds Debi Ruud:
"We couldn't even imagine how it can happen."

But Fresno Police say it appears the railroad signals were working at the time and that the train engineer applied the brakes and used the horn.

They believe the boy's mother was driving the van and simply thought she had cleared the tracks when she hadn't.

"It's a tragedy, it's an unnecessary loss of life, and it's something that's absolutely avoidable so we just need to remind motorists about safety," says Fresno Police Deputy Chief Michael Reid.

RELATED: Deadly intersection near Christmas Tree Lane has been site of several other crashes

JD Sanders lives nearby, and is still processing what he saw and heard last night, hoping it never happens again.

"I ran down there and heard the mother screaming and I had to come back to my house because it was too much for me," he says. "It's pretty terrible."

Sanders called 911, and by the time he went back outside, police were everywhere.

The boy's mother, who is pregnant, was brought to the hospital to get checked out.

His grandmother and younger sibling were in the car too and also expected to be ok.

On Wednesday, Valerie Espinoza stopped by the scene to pay her respects to the little boy who passed away.

"I just came to bring some balloons because I felt very bad for the child, you know he's a baby," she said.

She also shared an important reminder for all families.

"Just cherish life because life is so precious."

Fresno Police are reminding everyone that trains pass through the intersection frequently, and that they move fast, and take a long time to stop.

The train was going at approximately 70 miles per hour.

We sit here tonight with a void in our hearts. We miss our dear son Anton Isaac Solorio who's precious soul was taken from us so quickly. Such a loving, charming, respectful and caring son, brother, nephew, grandson, friend just to name a few. In the blink of an eye, everything can change. So make the most with those who mean the most. Forgive often and love with all your heart. You may never know when you may not have that chance again.We would like to extend our sincere gratitude and appreciation to all those who have reached out, prayed and donated.