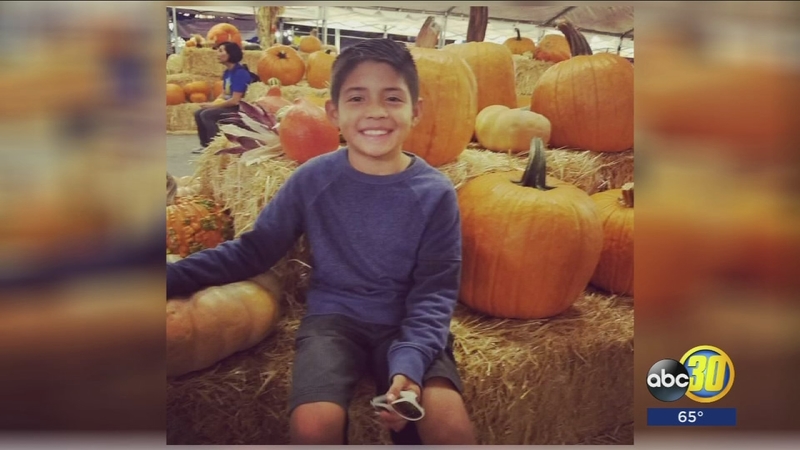 According to the California Highway Patrol 11-year-old Luis Lopez was sleeping in his room when a man driving approximately 40 miles per hour hit a propane tank which propelled him into the house.

Lopez was killed leaving his family and community reeling from the tragic loss.

His aunt Alex Aguilar who lives in Maryland spoke with us over the phone.

She says her nephew was a very respectful and responsible young boy. He loved soccer and had big dreams for his future.

"He was a really good soccer he was a straight a student he wanted to grow up to be a doctor," said Aguilar.

Aguilar says her nephew had three siblings, one brother, and two sisters. His mom is doing her best to comfort them while also grieving the sudden death of her son.

"She is doing ok trying to stay strong for the rest of his siblings obviously it is just unbelievable what happened."

And it is even more heartbreaking that this is not the first time.

Back in 2009 Lopez's uncle Raul Moncada was killed while in Iraq after an explosive device detonated near his vehicle.
Then in 2014, his grandfather was killed in an accident with an Amtrak train in Madera County.

Aguilar says they are getting by with the support of the community.

Lopez's brother Matthew was also injured in the crash and taken to Valley Children's Hospital.

He is now at home recovering from his injuries.

The 36-year-old driver of the truck died and authorities say he suffered from a seizure. We reached out to his family but they asked for privacy during this difficult time.