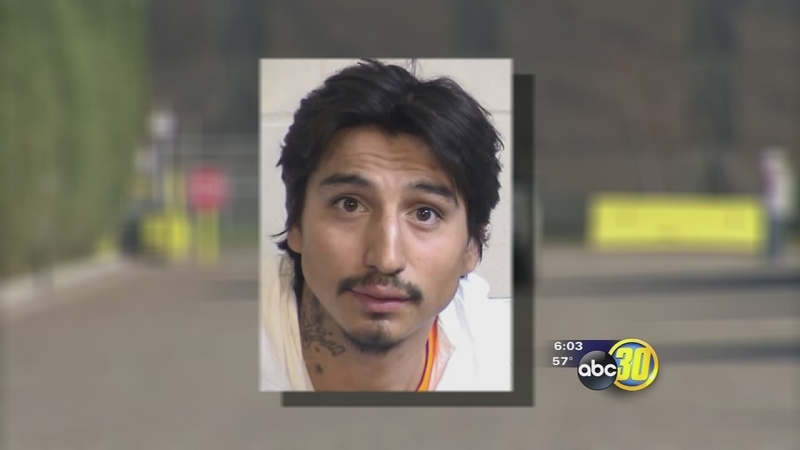 FRESNO, Calif. (KFSN) -- A mental institution may be the next stop for a Fresno man charged with beating a co-worker to death on Valentine's Day, and a dark history could be haunting the suspect.

Sheriff's deputies arrested Aaron Lopez for the murder of his co-worker, Outi Hicks, almost three weeks ago. But on Monday, the latest try to get him to enter a plea failed.

Before his hearing started and before the judge was even in the courtroom, Aaron Lopez completely lost control.

He cursed at courtroom staff. He sang the alphabet song, but in the wrong order, and he sang a song about shooting a sheriff's deputy. And when the judge did come into court, he mouthed off at him too.

"He had some issues when he was in the courtroom," said Judge Alvin Harrell III. "The Court excused him."

Defense attorney Gerald Schwab says his client is mentally incompetent right now, so psychiatrists will decide if he needs to go to a mental hospital. Schwab says things have gotten worse since the Fresno County jail put him into an isolated, safety cell -- but Lopez has bottled up a lot over the years.

"He has been through beyond horrible things in his life," Schwab says. "He's been through a lot as far as being a victim his whole life."

Lopez's family is no stranger to court. Twenty-three years ago, when he was five years old, he was in the room when his younger sister was beaten to death. His mother went to prison for letting it happen. Her boyfriend, Willard Hawkwing, is in prison for the murder. Lopez spent the rest of his childhood in the foster care system and Schwab says, he was a frequent victim of abuse.

"I've never seen anybody that's been through more trauma, more bad experiences than Aaron and you know, his meltdown today in court is basically evidence of that," Schwab said.

The defense attorney admits the troubling history doesn't excuse any violence Lopez may have committed, but it might help explain it.