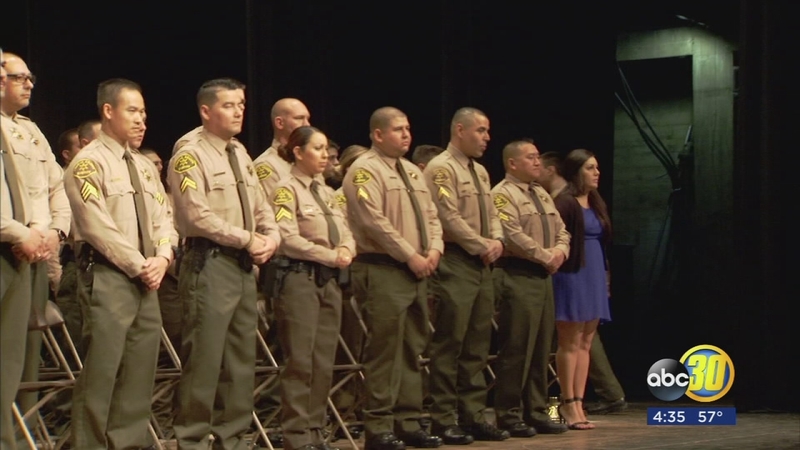 FRESNO, Calif. (KFSN) -- The Fresno County Sheriff's Office on Thursday welcomed several new employees and honored those who have performed above and beyond the call of duty.

In front of proud family and friends the Sheriff's Office swore in 18 new deputy sheriffs and 23 correctional officers. The ceremony was held at the Veteran's Memorial Building Thursday morning.

Sheriff Margaret Mims said this is just the beginning; the department is still looking to hire 16 more deputies.

Sheriff Mims said it is a difficult and rigorous process to find people who want to move to the area and who can pass extensive background checks. She said that out of every 100 people who begin the process only about 20 pass all the screenings.

The case involved a Clovis teen who was confronted outside her home, kidnapped and tortured by four men last year.

Our ABC30 team visited several neighboring homes and were able to track down surveillance video with the suspects' vehicle.

The sheriff's office arrested the suspects a short time later.

Sheriff's Mims said the actions of Matt, Cory, and Zach are a good example of how well things work out when the public, law enforcement, and the media work together to improve safety and deliver justice for the victim.