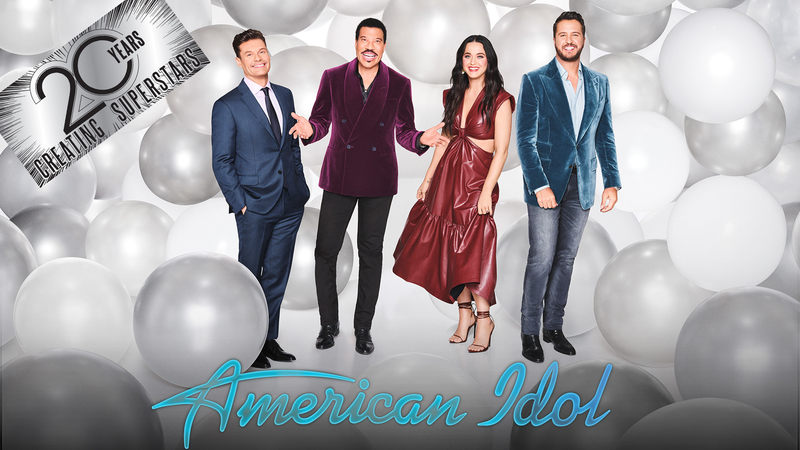 'American Idol' judges on 'Live with Kelly and Ryan'

LOS ANGELES -- Judges will not only be handing out golden tickets to Hollywood during the audition shows for Season 20 of American Idol, but also platinum tickets.

A total of nine platinum tickets were awarded - three in Nashville, three in Austin, and three in Los Angeles.

An example of the platinum tickets being awarded on "American Idol" season 20.

Judge Katy Perry explained at the Television Critics Association Winter Press Tour that the tickets give the 9 singers a chance to perform during Hollywood week.

"They get to basically observe from the box seats at the theater - one day, they get to rest their voice, strategize, check out the competition and select who they want to duet with," she explained.

Perry is back as a judge along with Lionel Richie and Luke Bryan.

"These kids are coming out of the woodwork and what's happening in our last 5 years, we found major recording artists," Richie said during an appearance on Live with Kelly and Ryan.

Watch part 2 of Kelly and Ryan's interview with the judges from 'American Idol.'

Ryan Seacrest, the host who started it all, is back for his 20th season. In a recent interview, Seacrest was asked about the show's secret to success.

"Looking back at some of the first seasons, the show looked and felt really different than it does now. Sure, the concept-the foundation-is the same. But look at the evolution of the artists who are auditioning now, and at the style of the show, and it's a real study of how one show can continue to evolve," he told Parade.

Can’t believe it’s the 20th year of @AmericanIdol 🤯 It all starts up again this Sunday night on #ABC pic.twitter.com/nzKBvkRzas

Bobby Bones is not able to mentor after 4 seasons because of a conflict with another show. Two mentors will step into those shoes. Bebe Rexha and Idol alum Jimmie Allen will help the contestants during the episode shot at Disney's Aulani Resort in Hawaii.

Excited to announce that I’ll be a guest mentor on @AmericanIdol for the iconic 20th season! Tune in and catch me at @DisneyAulani. #DisneyAulani #AmericanIdol pic.twitter.com/CQ29SqAnHG

Idol alum @JimmieAllen is here at @DisneyAulani making sure our contestants get their BEST SHOT! 🎤🤩 Drop a wave 🌊 if you're as excited as Minnie Mouse! #DisneyAulani pic.twitter.com/uHcngHSfni

Fans of American Idol will still be able to vote during the live shows later in the season. Fans must be at least 13 and reside in the U.S., Puerto Rico, or the Virgin Islands. As always, votes can be cast at AmericanIdol/vote, in the American Idol app, or via text.

Tune into the season premiere of American Idol starting Sunday, February 27 at 8 p.m. ET/PT | 7 p.m. CT on your local ABC station and the next day on Hulu.
EMBED More News Videos