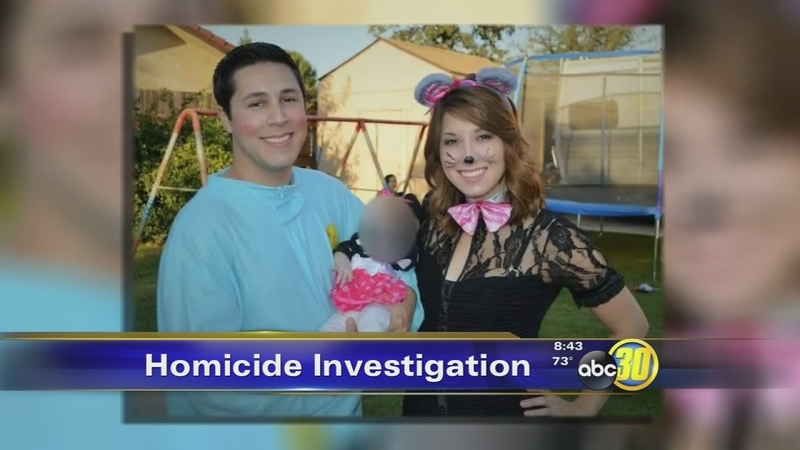 The suspects were married two years ago before the birth and death of their daughter.

The picture of a young couple celebrating their baby's first Halloween is a stark difference to mug shots taken the same month one year later. This Halloween the parents of that three-month-old are being investigated for murder.

"We can't bring that child back. We can't have that child with the people that might love it. But we can bring justice to that child," said Sergeant Jim Carr, Visalia Police Department.

"As the child was brought in, the injuries were too severe for Kaweah Delta to attempt to treat so they flew the infant to Valley Children's," said Carr.

Police say the baby remained on life-support until she died a few days later.

Investigators won't reveal what led up to her death, but an acquaintance of the suspects says the party where the photo was taken became part of the investigation. The source says everyone at that party was questioned by police.

"Sometimes it takes a year to gather all that and put it in to a coherent form so the District Attorney can see what the progression of the case was," said Carr.

Now two parents await their first court date -- just days after the one year anniversary of their daughter's death.