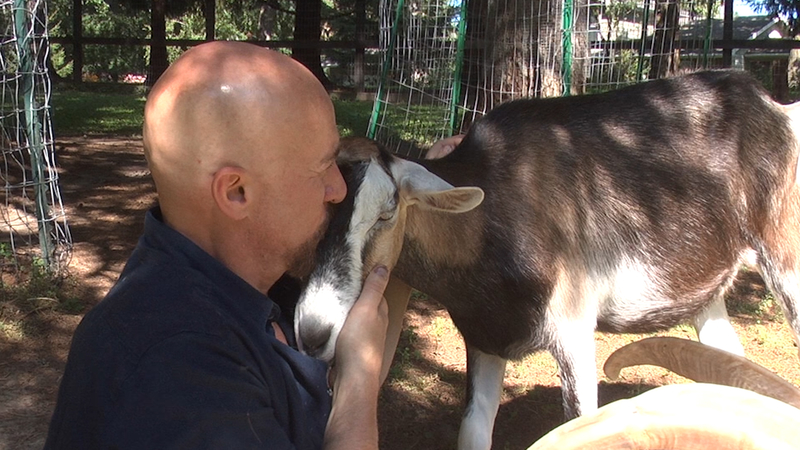 Edgewater claims it's Chicago's most pet-friendly neighborhood. To prove it, the people who live there elected a new mayor - a goat named Pax.

The campaign season started at the end of May with six candidates: Titus, Wrigley, Winston, Ballew, Bug and Pax. One cat, four dogs and a goat.

Each candidate was tasked to come up with a slogan and a platform unique to them, Pax's was diversity.

"He's not the most common animal you would have," said Pax's owners Larry Nieman and Daniel Zagotta. "Why not think of something a little different, as far as a candidate for pet mayor, why not a goat?"

For months, the candidates and their human companions, campaigned and raised money for Care for Real, an Edgewater non-profit.

"Care for Real is one of the few places in the country where they help feed, cloth and do all these wonderful things for people in need in the neighborhood," Zagotta said. "But they also help people who have pets."

Together the six candidates raised almost $20,000, according to Edgewater Chamber of Commerce officials.